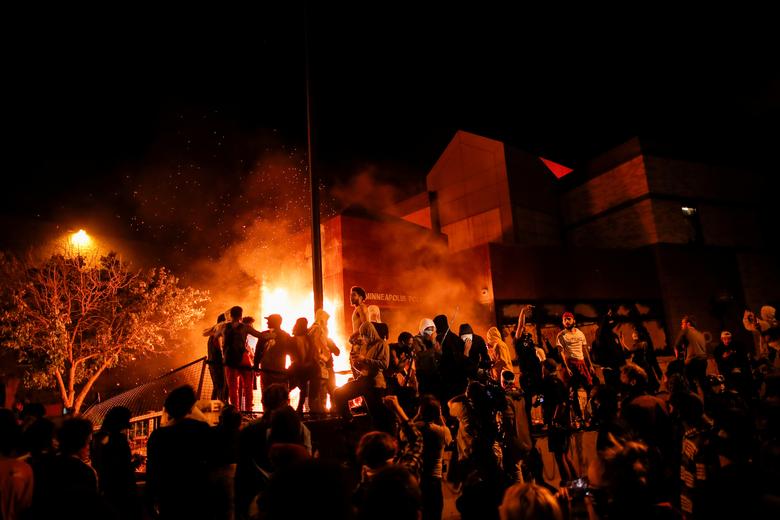 Christians are called to care for the most vulnerable people in society. For that reason, I’m sickened by the death of George Floyd, and I’m grieved by the rioting and looting that’s being excused by those who claim to be on the side of the oppressed.

Contrary to the expectations of some, these are not mutually exclusive reactions. In fact, they flow from the same principles.

Many of my friends have been quick to defend the rioting because they view its violence as (1) not of the same sort to what happened to George Floyd, therefore (2) not as morally compromising.

“The looting and rioting are making an important moral point. Besides, stuff can be replaced, lives can’t.”

I have sympathy for that line of reasoning, but only to a point. There can be no doubt that a human life is infinitely more valuable than a box of sneakers or a fist full of snacks. And yet, my friends who make this argument are, nearly without exception, driving back to the suburbs each night while the streets are still raining ash.

At the very least, they have a car so as to easily access this “stuff” like groceries, medicine, etc. even when the markets and pharmacies are plundered. Not everyone is quite so privileged.

Do you know who isn’t leaving the rubble in the aftermath of these riots? The poorest of the poor, the most vulnerable in our society.

Those who defend the looting and rioting will respond: “Yes, it’s a shame that the poor are left hungry, jobless, and occasionally dead on the street, but such is the price of the revolution. If we want justice, we need to accept some collateral damage.”

This would be easier to swallow if some of this damage was provided by their own collateral.