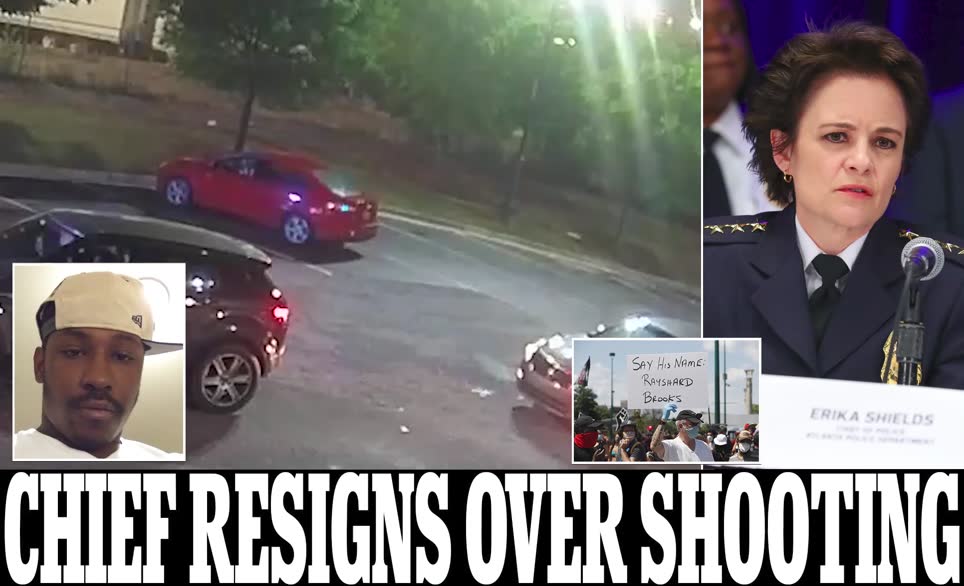 Atlanta Police Chief Erika Shields (right) resigned on Saturday following the fatal shooting of Rayshard Brooks, 27, (inset) outside of a Wendy’s drive-thru late on Friday night. Meanwhile, the Georgia Bureau of Investigation has released new surveillance footage (main) of the moment of the fatal shooting, which has already drawn massive protests (inset) and allegations of racism and police brutality. The new video shows Brooks fleeing from officers, and turning to point something at the cops behind him, which witnesses said was a stolen police taser. Cops opened fire on Brooks, and he was later pronounced dead at a nearby hospital. The shooting came at a time of heightened tension over police brutality and calls for reforms across the U.S. following the May 25 death of George Floyd in Minneapolis.