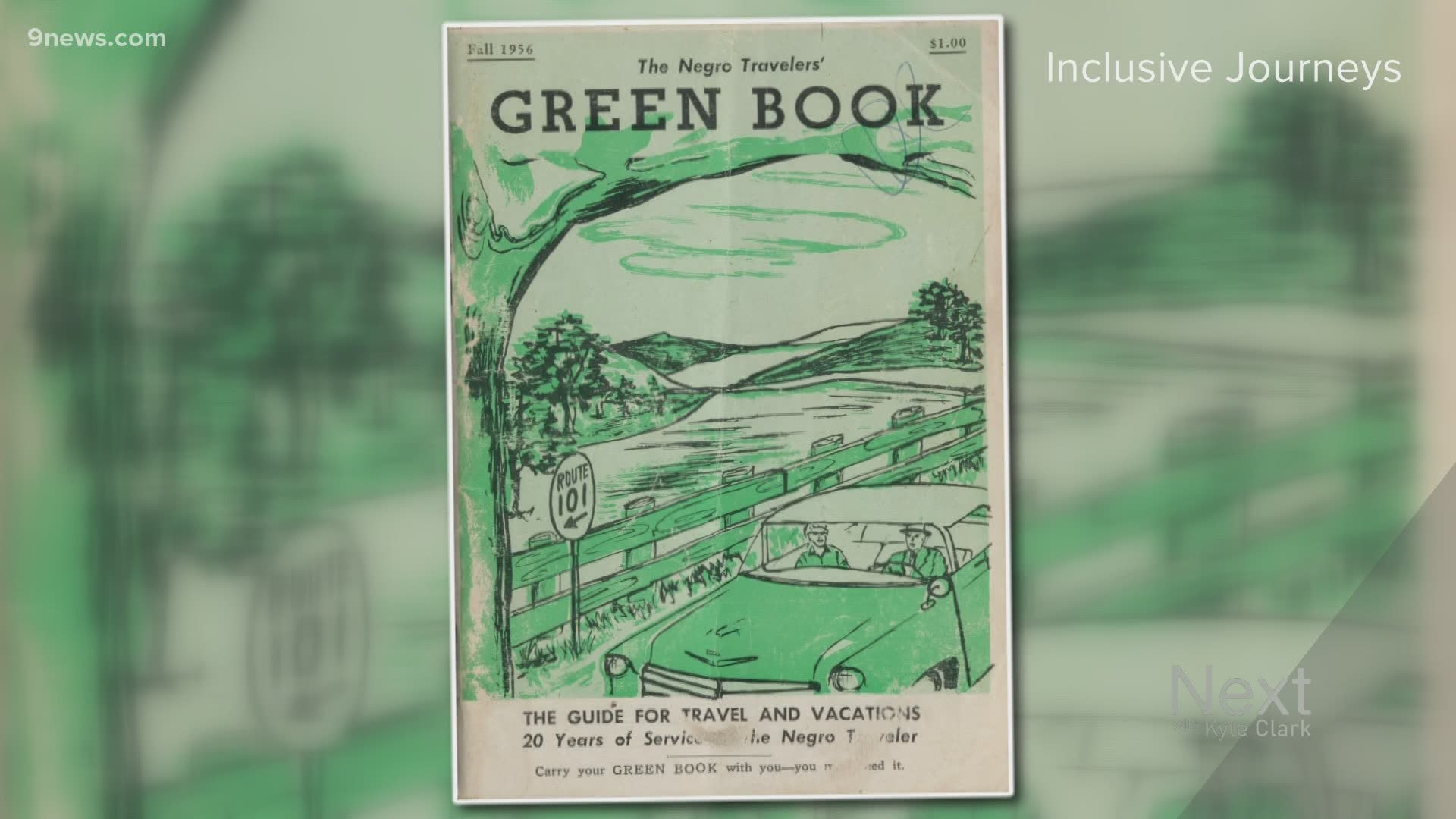 In Colorado, the Green Book listed many oases for African American travelers. Five Points’ famous Rossonian frequently appeared, back during the hotel and venue’s jazz heyday when jazz artists like Billie Holiday performed there. Several salons, drug stores and boarding homes in and around Five Points were also listed at various times.

The Green Book stopped publication in 1967, a few years after the Civil Rights Act was passed. But entrenched racism continued to make Black people, and other people of color, feel unsafe in certain spaces. Some see a need for a new version of the Green Book.

“Oftentimes I’m not believed,” said Crystal Egli, co-founder of Inclusive Journeys, the company behind the idea for a digital Green Book. “When I go into a store and I’m followed around, and I tell people my white peers or my white family members that I felt really uncomfortable in that store, that there was a lot of people staring at me, oftentimes that’s dismissed.”

Egli describes the vision for the digital Green Book as a “Yelp for inclusivity,” where “we believe these stories, and we can compile them so that everyone can see it wasn’t just me that one time.”

Egli is working on this project with Parker McMullen Bushman, vice president for community engagement, education and inclusion at the Butterfly Pavilion in Westminster. Bushman is also the founder of Ecoinclusive, which provides resources for leadership in environmental fields to build a culturally diverse staff.

Egli and Bushman share a passion for science, outdoor recreation and environmental issues. They also both share the experience of these spaces being unwelcoming to Black people.

“It wasn’t until I started hunting a couple of years ago where I realized that the discomfort I was feeling was growing exponentially, when I was walking around these open spaces and public lands with a firearm now,” Egli said. “So that’s jilted me out of feeling comfortable with my discomfort.”

The outdoors started to feel a lot scarier to Egli. She wished there was a resource to help her identify places she could feel safe as she planned her next trip, and that’s how the idea for the digital Green Book was born.

Bushman recounted a recent unsettling experience while traveling. Her family was driving along a back country road, looking for a place to stop for a child who needed to use the restroom. They pulled off at the first place they saw, and Bushman’s husband went inside with their 4-year-old.

“We’re an interracial family,” Bushman said. “My husband said the reception was very chilly. The music stopped, like an old scene in a Western. People stopped talking, and everyone turned and stared at him.”

She said the person at the counter wouldn’t look at him and barely spoke to tell them where the restroom was.

“Meanwhile, I was outside trying to change the diaper of my toddler, and I hear the ringing of a bell behind me. And I turn around, and there were three large white men standing there with their arms crossed,” Bushman said.

The men didn’t say anything. They just stared.

“My husband came out moments later, rushing up to me and speaking under his breath, get in the car,” Bushman said.

She said it was clear they were not welcome there, and a digital Green Book would give people a place to share those stories.

“We’re really trying to help answer the questions for people of, when you go into a space did you feel welcomed? Did you feel respected? Did you feel celebrated? Because that’s what inclusive spaces are all about,” Bushman said.

“We’ve seen in the news lately that if you go into the wrong space, it can be deadly,” Bushman said. She used the death of George Floyd as an example, who was killed by a police officer after Floyd allegedly used a counterfeit $20 bill.

”(Floyd) may not have even known that the bill was counterfeit, but it ended in his death,” Bushman said.

Bushman and Egli decided to launch their GoFundMe for the project, as protests against racism and police brutality sparked by the death of Floyd spread around the world.

“The recent events have started to shift the dialogue and the conversation,” Egli said. “Now society as a whole is starting to hear these stories and believe them.”

While the priority of the digital Green Book is to keep Black and people of color safe, Egli thinks it’s important for “allies to know where these inclusive businesses are” before they spend their dollars.