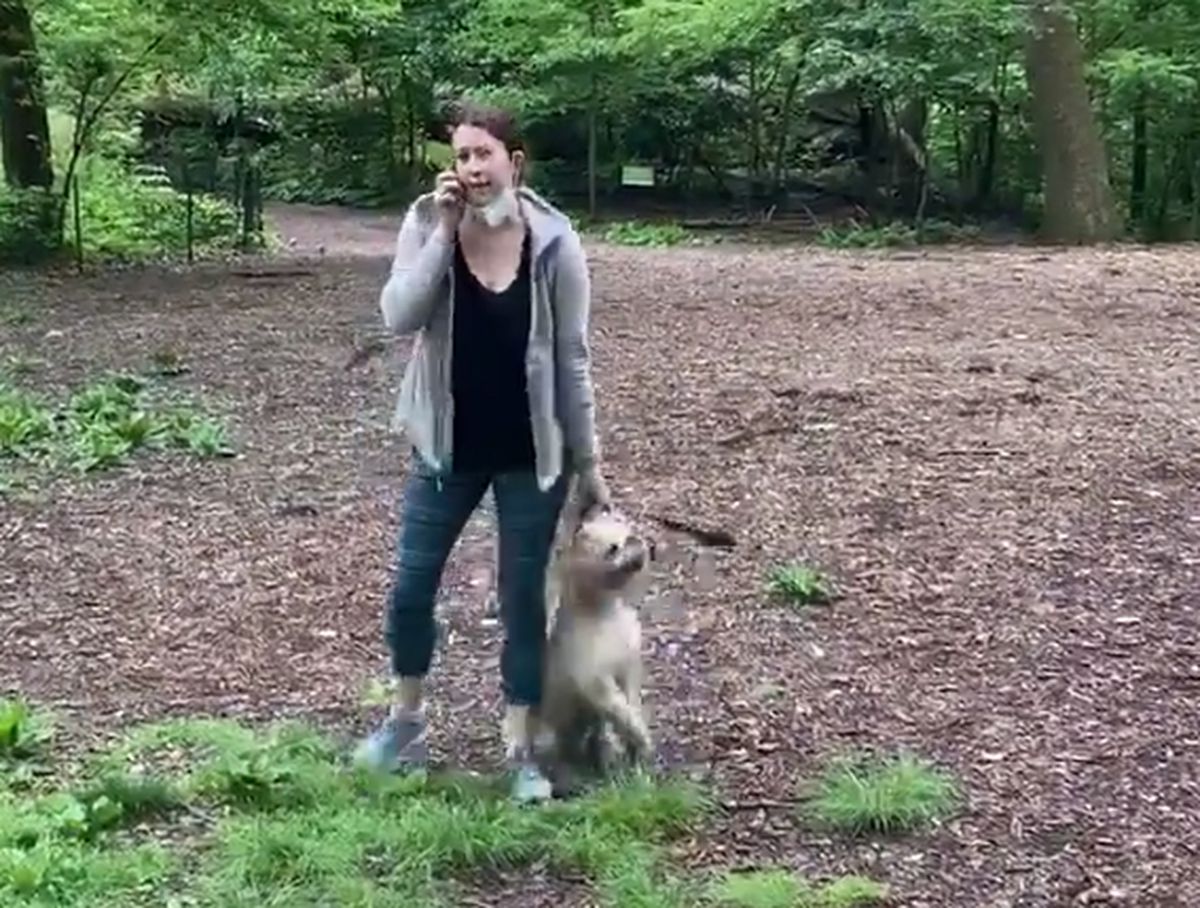 In a video that has gone viral, a white woman holding her dog by the collar in New York City’s Central Park can be heard saying “I’m calling the cops…I’m gonna tell them there’s an African American man threatening my life.”

The woman, since identified as Amy Cooper, apologized for making the call in a Monday evening interview with NBC 4 New York. “I sincerely and humbly apologize to everyone, especially to that man, his family,” she said. “It was unacceptable and I humbly and fully apologize to everyone who’s seen that video, everyone that’s been offended…everyone who thinks of me in a lower light and I understand why they do.”

“When I think about the police, I’m such a blessed person. I’ve come to realize especially today that I think of [the police] as a protection agency, and unfortunately, this has caused me to realize that there are so many people in this country that don’t have that luxury,” she added.

The video was recorded Monday morning by Christian Cooper, who describes himself as an avid bird watcher. He was visiting an area of the park that morning called The Ramble, home to approximately 230 different species of birds and frequently visited by bird watchers.

That is where Christian Cooper encountered Amy Cooper (no relation) with her unleashed dog, despite park rules, and their altercation ended with her calling the police. It is being described on social media as another example of white people calling police on black people in the middle of the mundane, like barbecuing, checking into an Airbnb, or napping in a dorm common room.

Future Road in League City, Texas, to be Named After African American Man Who Helped Area’s Growth and Development