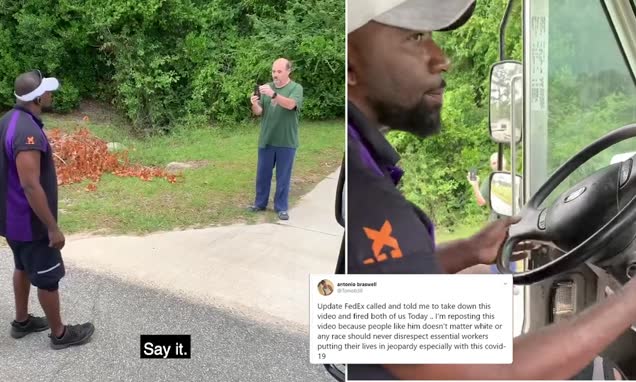 FedEx confirmed Wednesday it is investigating a confrontation between two black delivery drivers and a white customer after a video of the incident went viral (pictured left). Antonio Braswell identified himself as one of the delivery men on Twitter and claimed that FedEx has fired him and told him to remove the video (pictured bottom center). He also claimed the unidentified customer began the argument after they dropped a package at his house. He said the man told police that the delivery men looked like they would break into his house. The video shows the driver, identified as Felinzay Darnell Lundy (pictured right), already arguing with the homeowner who is heard shouting to his wife to call 911. FedEx said the men worked for an independent service provider but would be employed by FedEx while the incident was being investigated. The details of the incident leading up to the start of the video are not clear. 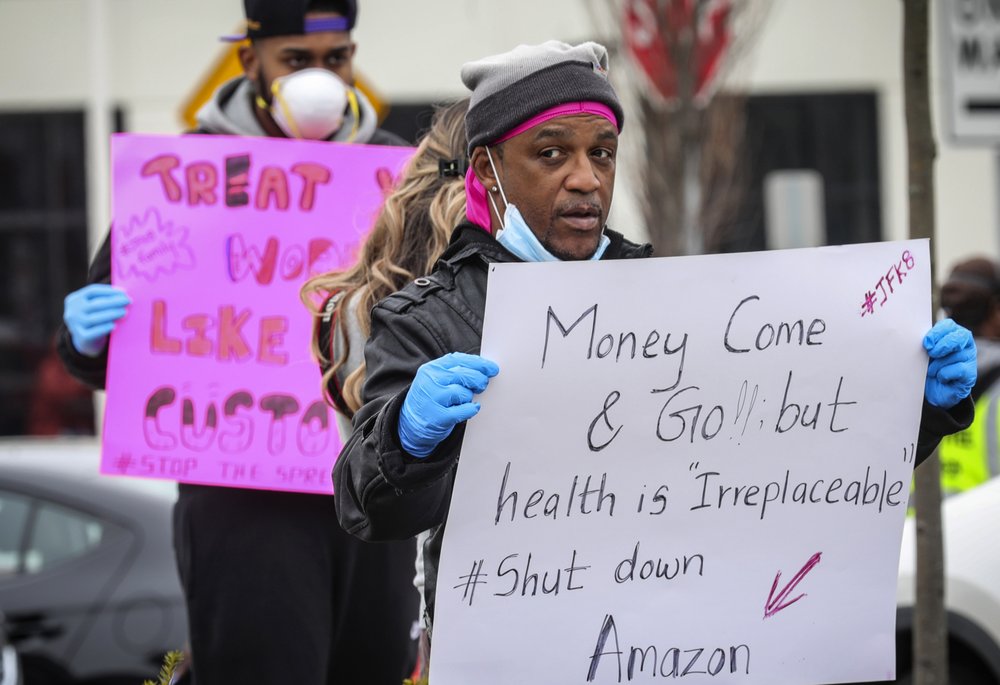 FedEx to Cease Air Shipments of Packages for Amazon