Nine sex abuse lawsuits were filed Tuesday in New York against three Boy Scout local councils, signaling an escalation of efforts to pressure councils nationwide to pay a big share of an eventual settlement in the Scouts’ bankruptcy proceedings.

The lawsuits were filed shortly after an easing of coronavirus lockdown rules enabled courts in some parts of New York to resume the handling of civil cases.

One of the lawyers coordinating the filing, Mike Pfau, said his Seattle-based firm expects to file scores more lawsuits in other parts of New York, as well as in New Jersey and California, after full reopening of courts there.

Two other firms, Oregon-based Crew Janci LLP and Chicago-based Hurley McKenna & Mertz, said they had similar plans, indicating there could be hundreds of such lawsuits altogether.

At least through June 8, an injunction issued by the bankruptcy judge, Laurie Selber Silverstein, blocks the lawyers from proceeding with lawsuits against the local councils. But several lawyers said they will press for the injunction to be lifted unless the councils’ financial information is fully disclosed and they agree to contribute significantly to a proposed victim compensation fund.

“The local councils are required to make a substantial contribution,” said Stephen Crew, of Crew Janci. “If they don’t, the plan won’t be approved.”

The Boy Scouts of America filed for Chapter 11 bankruptcy protection in February in hopes of surviving a barrage of lawsuits, many of them made possible by recent changes in state laws to allow people to sue over long-ago sexual abuse.

Proceedings are underway at federal bankruptcy court in Delaware aimed at creating a compensation fund for thousands of men molested as youngsters decades ago by scoutmasters or other leaders.

In its bankruptcy filing, the BSA said the 261 local councils, which have extensive property holdings and other assets, are separate legal entities and should not be included as debtors in the case.

The councils are represented by an ad hoc committee in the proceedings, and negotiations are in progress over disclosure of their assets and records as a step toward determining their contributions to the compensation fund.

Pfau said he was skeptical the councils would agree to contributions large enough to forestall lawsuits against them.

The lawsuits filed Tuesday involve allegations of abuse from men who were Scouts decades ago in local councils in upstate New York that have subsequently merged into the Leatherstocking Council, the Baden-Powell Council and the Seneca Waterways Council.

Leaders of those three councils declined to comment on the new lawsuits. Two of them referred inquiries to BSA headquarters, which issued a statement reiterating its goal of fairly compensating abuse survivors while preserving the Boy Scouts’ mission.

“We are working with and actively encouraging the ad hoc committee, councils, and attorneys representing survivors of abuse to find a solution that will appropriately fund a trust, while also ensuring the future of Scouting,” the statement said

Kosnoff said he worries some local councils might try to transfer assets in a way that would put them out of reach of bankruptcy proceedings; he wants Silverstein to prohibit that.

It’s not yet known how many claimants there will be in the bankruptcy case. Some lawyers say the number could approach 10,000 by Nov. 16, the deadline that was set Monday for abuse victims to file claims.

More than 12,000 boys have been molested by 7,800 abusers since the 1920s, according to Boy Scout files revealed in court papers. Most of the more recent cases date to the 1960s, ’70s and ’80s, before the Boy Scouts adopted mandatory criminal background checks and abuse prevention training and protocols for all staff and volunteers.

Christopher Hurley, managing partner of Hurley McKenna & Mertz, said there were divisions within the ranks of the local councils, with some amenable to ensuring full disclosure of assets and records, and others balking at doing so. The BSA national organization had access to the key data and the authority to make it available to plaintiffs’ attorneys, he said.

“The local councils can choose how they want to participate,” he said. “They can do it in state court, or they can do it with the bankruptcy process. As far as we’re concerned, the time for delay is over.”

New York, New Jersey and California were the most populous states acting last year to modify statute-of-limitations law so people, for a limited period of time, could sue over long-ago sex abuse.

Jason Amala, a law partner of Mike Pfau’s, said they felt an obligation toward some of their clients to sue in New York before the state’s window closed, possibly in mid-August.

“Our clients will not agree to an extension past June 8 unless the local councils start producing the records we need,” Amala said. “The clock is ticking.” 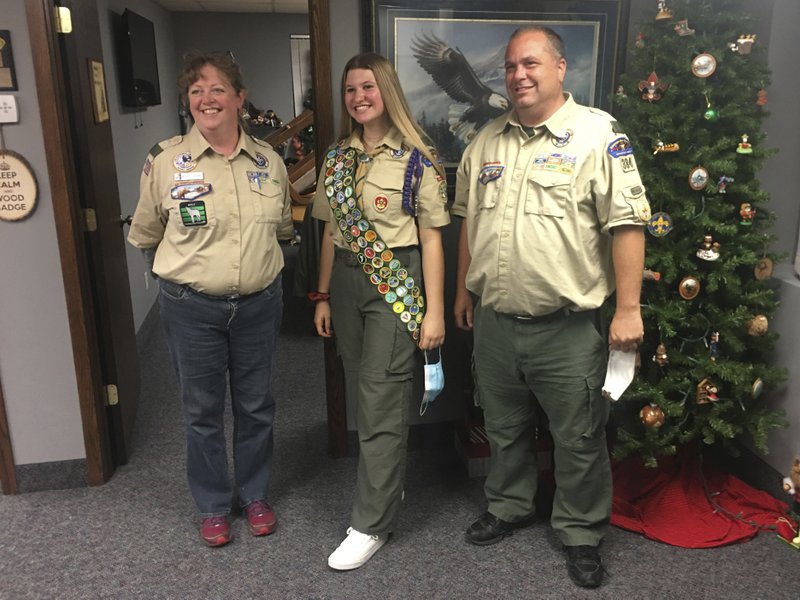