Swiss investigators concluded Sepp Blatter knew that a World Cup broadcasting contract was breached illegally and that it would cost FIFA millions of dollars, according to a federal police file obtained by The Associated Press.

Investigation reports sent to prosecutors in December and January showed FIFA wrote off a $3.8 million debt from a Caribbean TV deal signed in 2005 by then-FIFA president Blatter and long-time vice president Jack Warner. The deal was later alleged to have been illegally mismanaged by Blatter.

However, the office of Switzerland’s attorney general decided in March it would drop a criminal proceeding from 2015 against Blatter for the Caribbean deal. No reason was stated.

Swiss federal police believed Blatter knew in 2007 that Warner had breached — and would personally profit from — a Caribbean rights deal for the 2010 and 2014 World Cups that was sold to a Jamaica-based broadcaster.

Details of the original FIFA contract were revealed by Swiss media in September 2015, showing a $600,000 sale to the Warner-controlled Caribbean Football Union.

At the time, FIFA defended the contract by saying it required soccer’s governing body to get a 50% profit share of any future licensing arrangement. The re-sale was valued at about $15 million.

But FIFA did not try to collect money due in August 2010 within 30 days of the World Cup ending, according to the Swiss police file.

The investigation cited documents and staff emails showing FIFA was due half of any gross revenue from the Caribbean deal, into which Warner had inserted a company he owned.

“FIFA were very reluctant to implement any measures in connection with enforcing their rights against the CFU,” Swiss police said in its 491-page report.

FIFA calculated it was owed almost $3.8 million in 2011 after Warner resigned from soccer. He had been implicated in bribing Caribbean voters to oppose Blatter in that year’s FIFA presidential election.

Only then did FIFA management terminate the Caribbean rights and pursue the debt, though not directly with Warner. Instead, it asked the CFU, which had few assets after Warner left.

FIFA wrote off the debt weeks later, the police file showed. It included $3.625 million of estimated revenue from broadcasting sponsors and advertising, and $155,000 of unpaid rights fee instalments, the investigation file said.

A different police report detailed more than 15 years of FIFA’s working relations with Warner. It suggested FIFA granted favors and gifts in apparent exchange for election support to help Blatter retain the presidency.

Blatter, who is now 84 and banned from soccer until October 2021, did not immediately respond to a request for comment. He has long denied wrongdoing.

Blatter faces a second criminal proceeding over a $2 million payment he authorized in 2011 to former UEFA president Michel Platini. That payment was revealed by Swiss authorities in September 2015 and led to both men being suspended and then banned from soccer.

Swiss investigations of Blatter are handled by a second prosecutor who took over after the federal office’s head of financial crimes had his contract terminated in November 2018.

Attorney general Michael Lauber was recused from FIFA cases last year. He was disciplined in March after having secret meetings with current FIFA president Gianni Infantino and failing to tell the truth about them.

Bank Hapoalim BM in Israel and its wholly owned Swiss company Hapoalim Ltd. agree to forfeit $20.73 million and pay a fine of $9.33... 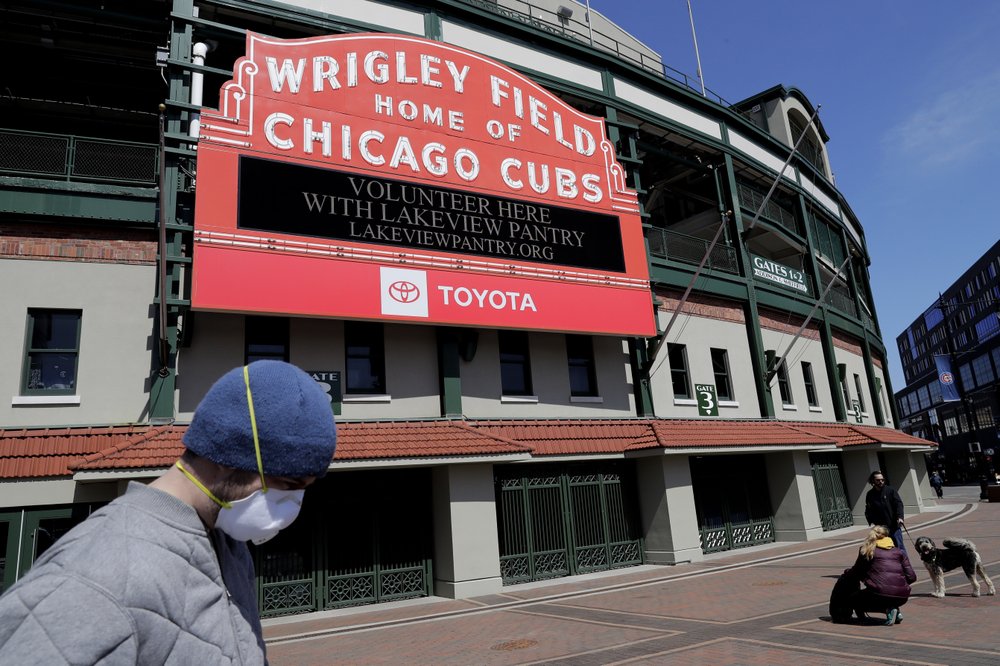 In public, virtually all sports leagues talk about their desire to return before summer, but behind closed doors, they are talking differently