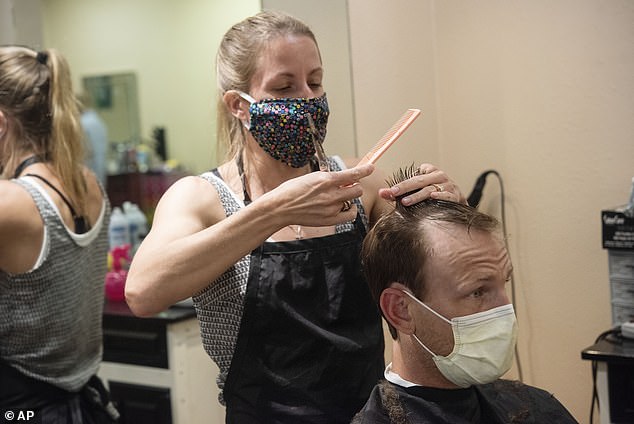 Texas has seen a surge in coronavirus cases with more than 1,000 new infections reported over five consecutive days after the state reopened at the beginning of the month.

In the two weeks since Texas lifted its coronavirus lockdown measures, daily infections have only dropped below 1,000 twice on May 4 and May 10.

Republican Governor Greg Abbott started easing restrictions on some businesses and allowed the state’s stay-at-home order to expire on May 1.

Retail stores, restaurants, movie theaters and malls could reopen at a 25 percent reduced capacity from May 1.

Mobile data compiled by Google for Texas shows that 16 percent of residents are still staying home despite restrictions being lifted.

Visits to parks have increased by 16 percent throughout the pandemic but visits to workplaces have declined 42 percent and transport hubs by 34 percent.

A forecast model relied on by the White House is predicting that 3,092 people will die in Texas by August.

Revisions to the model is projecting a total of 147,000 Americans could die by August – an increase of 10,000 on projections from just two days ago – due to the easing of social distancing measures.