A federal court in Nigeria sentenced a man to 26 years in prison after he abducted a Christian teenager from her home and forced her into an Islamic marriage in 2015.

A federal high court in Bayelsa State on Thursday sentenced Yunusa Dahiru for the abduction of Ese Oruru, according to Nigerian media outlets.

Oruru was abducted from her mother’s shop in the Bayelsa state in August 2015 at the age of 14 by Dahiru.

The child was taken across state lines to the Muslim-majority Kano state, where she was allegedly raped, forced to accept Islam, and married to her captor. Additionally, her name was changed to “Aisha,” the name of one of the wives of Islam’s prophet Muhammad.

Months later, state police rescued Oruru in February 2016. It was revealed that the child was five months pregnant with her daughter.

Charles Oruru, Ese’s father, praised the sentencing decision by the court in an interview with the independent Nigerian daily newspaper The Guardian.

“I’m very happy and grateful because I see that all my suffering is not in vain,” the father said. “This case will serve as a deterrent to others who traffic people’s children. I thank God that truth has prevailed. I and my family are very happy.”

According to the newspaper, Dahiru was charged with conspiracy to commit an abduction in violation of an anti-trafficking law.

Oruru and his wife say they faced much harassment in their quest to get their daughter back. 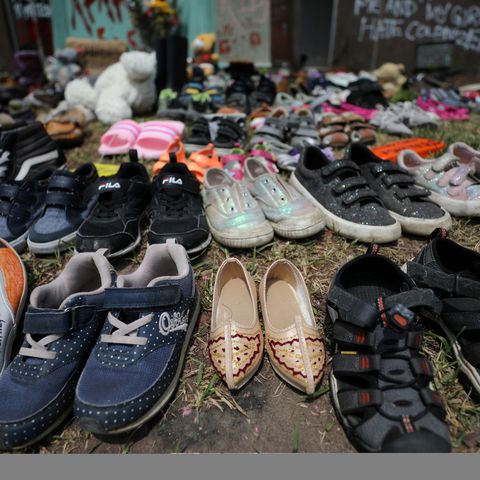