Jim Bakker is taking a sabbatical from his television show as he recovers from a recent stroke, his wife, Lori Graham Bakker, announced on Facebook.

“I wanted to share with you, our loving and caring partners, that Jim recently experienced a stroke,” she wrote. “We are thankful that Jim is okay, and that he is now at home with our family. Under the guidance of medical professionals and our Board of Directors, Jim will be taking a sabbatical from the show. Jim will be back! He is still dreaming and hearing from the Lord, and he already has a powerful word to deliver when he returns to the air.

“In the meantime, the show will continue. Jim is a Watchman on the Wall, and we as a family are committed to carrying his mantle by bringing more prophets, news, updates, and more in the coming weeks on The Jim Bakker Show.”

Lori says the stroke came after “the most vicious attack that he has ever experienced,” referring to the controversy involving Bakker promoting a “Silver Solution” on his show. Missouri Attorney General Eric Schmitt sued Bakker, saying his guest implied the silver concoction could be used as a cure for COVID-19. He also ordered Bakker to remove the promotion, which Bakker did. 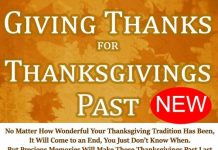