In this coronavirus crisis, we’ve gotten a nasty preview on a temporary basis of what socialism would feel like on a permanent basis: empty shelves, shortages and limits on basic commodities, and a wholesale assault on our civil liberties, including invasions of privacy through government surveillance, and restrictions on freedom of assembly and religious freedom.

We also see Democratic politicians like Nancy Pelosi, Bill De Blasio, Jay Inslee and Gavin Newsom seeking to use the crisis to push a whole slew of socialist proposals.

A review of this laundry list of proposals, however, makes it clear we are dealing with a new type of socialism. Here are a few examples: regular monthly payments to illegals, diversity commissions to review corporate governance, money to fund Green New Deal proposals, studies to determine the impact of coronavirus on racial minorities, taxpayer funding for abortion.

This is identity politics; what does it have to do with socialism?  The Democratic primary this year featured all the candidates highlighting their diversity credentials and competing for victimhood in the identity Olympics: Buttigieg scored a point for being gay and Cory Booker one for being black. But they were outscored by Kamala Harris who got two points for being black and a woman. Elizabeth Warren got one for being a woman although she attempted to go for two by falsely claiming to be native American. Ironically, the two final contenders were both white men, and the prize in the end went to Biden, the oldest and one might almost say deadest white male in the race.

The new socialism is identity socialism, a marriage between classic socialism and identity politics. This new type of socialism has transformed the Left and the Democratic Party. This is clearly no longer the party of Franklin Roosevelt. Indeed, FDR would not know what Warren was talking about. Who are these people and how could they be the “backbone” of our democracy? They are, however, the backbone of the socialist Left.

Typical of the new type of socialist is Stacey Abrams, who said her campaign for governor of Georgia “championed reforms to eliminate police shootings of African Americans, protect the LBGTQ community, expand Medicaid to save rural hospitals and reaffirm that undocumented immigrants deserve legal protections.” Only one of these four planks — the one about saving rural hospitals — would be even remotely recognizable to FDR as part of the progressive agenda. 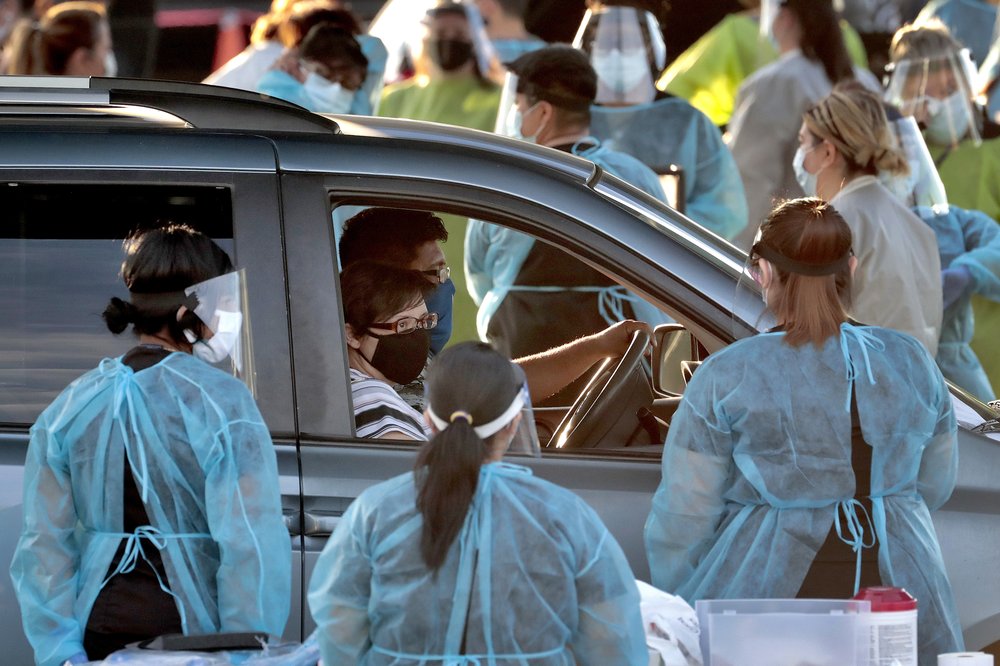 Getting a coronavirus test can be even harder in America’s poorer, Hispanic and Black neighborhoods, far from middle-class areas where most chain pharmacies and...