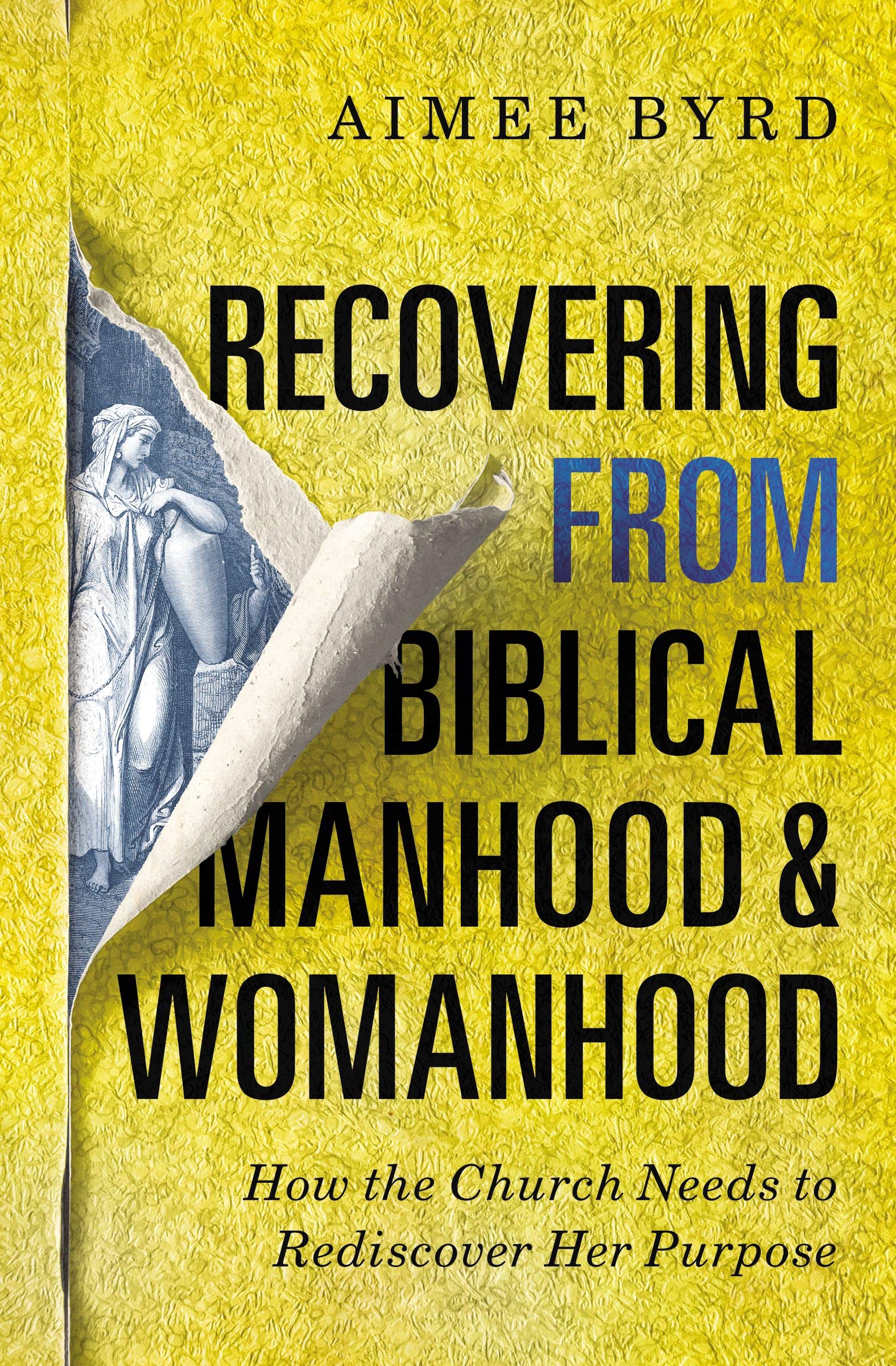 Whenever the subject of gender and the Church comes up, controversy seems to inevitably follow and for some, the way in which “biblical manhood and womanhood” has been taught has been detrimental to them.

Having experienced some of that dysfunction herself, author Aimee Byrd of the Alliance of Confessing Evangelicals emphasizes in her latest book, Recovering from Biblical Manhood and Womanhood: How the Church Needs to Rediscover Her Purpose, which was released on May 5, that discipleship is the main aim of the Church.

As evangelicals continue to debate who can and cannot serve in leadership positions in the Church, the vast majority must be trained to find their calling in God’s Kingdom and in the Church, she maintains, and in order to do that the entire biblical metanarrative around conventional ideas regarding manhood and womanhood must be reengaged.

“What do we believe about what the Bible says about why we are made and where we’re headed?” the author asks in recent video series from Zondervan about her book and what inspired it.

Byrd elaborated in a recent interview with The Christian Post that her goal was and is to reinvigorate the conversation about how churches approach their charge to disciple believers, particularly regarding male and female lay ministers, and how they teach and edify one other outside of specific offices where ordination is required. Unfortunately, she explained, some are now misrepresenting her work and making unfair characterizations about what she has written.

Byrd is also the co-host of the Mortification of Spin podcast and resides in Maryland with her family. Below is a lightly edited transcript of the interview.

CP: In light of the reckoning that has been happening within the wider culture in recent years as it pertains to male-female relations, everything from #metoo and #churchtoo, why do you think it is that whenever one dares touch the subject of gender in the Church it raises the hackles of everybody so much?

Byrd: I think there are multiple reasons for that. I try to do the best I can. But unfortunately, I have experienced some of the worst, which is pretty sad. When I’m talking about gender I’m immediately assigned by some a motive of having some sort of feminist agenda, a hidden agenda in my writing. There is a fear motivation, I think, behind some of it. They think we are trying to usurp authority from men.

I’m a member of an Orthodox Presbyterian Church, which has pretty conservative views of women. And I adhere to the confessions that my church subscribes to in my writing. The odd thing is, and it’s really hard for me to communicate this level as a woman, but I am not writing about church leadership and who gets ordained. And when I do write about that I write and affirm what my denomination does. I’m writing about lay people and discipleship. And that’s what so strange. At first I was naive enough to think, I wrote my first book about how women are theologians as well because anybody who engages in conversation or even thought about who God is … is a theologian. And so I encouraged women to be good theologians and to sharpen their theology and to invest in that.

That was accepted pretty well. But I find that when you talk outside of the circles of women’s ministry — and there are a lot of problems within women’s ministry, like how we are marketed to, how condescending it really is, and how little we are invested in theologically — as soon as I get outside of that and talk about lay discipleship being invested in as same as the men and having our own theological contributions as sisters in the church, that’s where the ‘Hold up, Aimee’ comes. And what I’m finding in some of the critiques of the book is that there is just a prevalent ontology of woman that she is by nature subservient to the man so, therefore, laywomen are subservient to laymen.

CP: We’ve previously spoken about women and their leadership abilities in the Church. Do you think that this ontology you’re speaking of that continues to appear is in any way rooted in a flawed view of the Trinity, what is known as Eternal Subordination of the Son, where Jesus is eternally in submission to the Father, a view that has been held and espoused (to varying degrees) by some of your critics? Is this view of how the three Persons of the Godhead relate to each other projected onto human relationships, specifically how men relate to women?

Byrd: In the book, I make the case that the book Recovering Biblical Manhood and Womanhood, which was edited by John Piper and Wayne Grudem, does make that case in some of its articles. I don’t think necessarily that all the contributors of that book would make that case but the editors certainly included it all there. And then, what was surprising to me was that some who would emphatically push back against ESS are still making the case of natural theology and women’s ontological subordination. That was odd to me to find that as well.

CP: What is the most urgent point you’re emphasizing most in Recovering From Biblical Manhood and Womanhood as it pertains to discipleship?