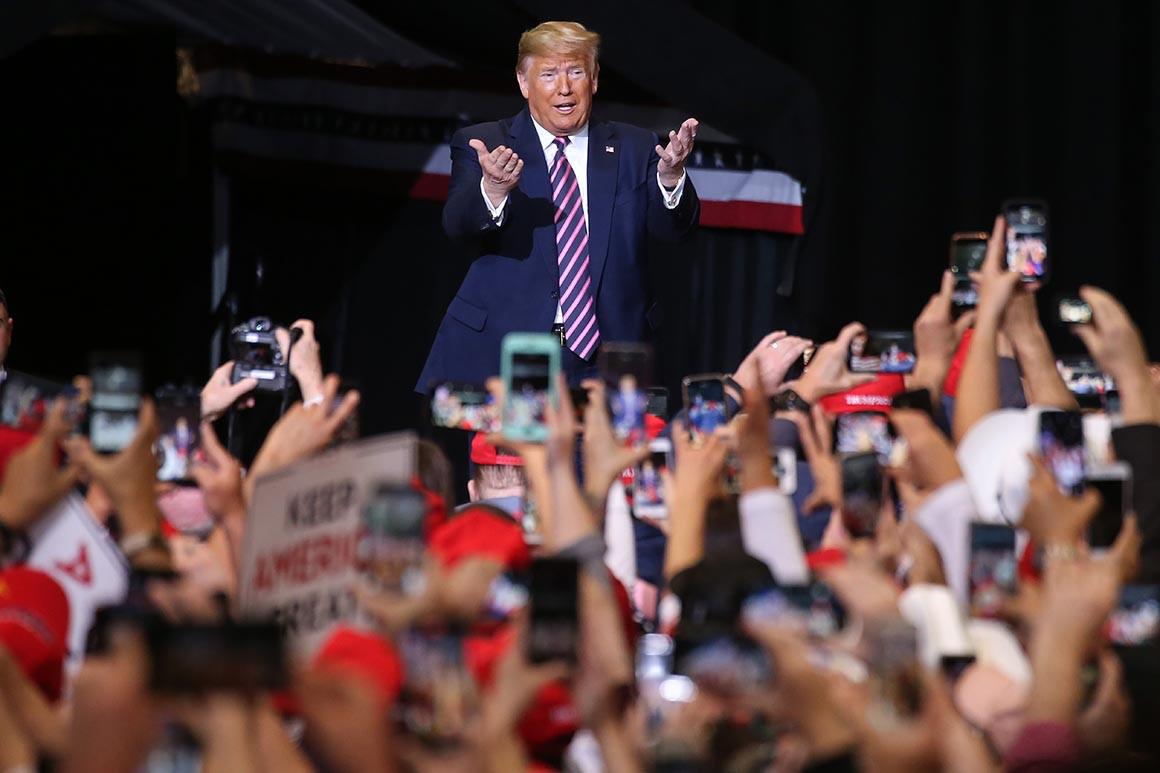 The Trump campaign has an order from the president: Find a way to get him back on the road and into megarallies to re-energize his base.

In recent meetings with top campaign officials and White House aides, Trump has questioned why he’s avoiding campaign events if it‘s safe for him to travel in his official capacity. The president visited two medical supply facilities in Arizona and Pennsylvania this month and will tour a Ford ventilator factory in Michigan on Thursday. The official White House travel replaced what would have otherwise been a much busier campaign season for the president, who held three rallies in three days at the end of February.

Before the end of this month, the Trump campaign hopes to organize a series of virtual events featuring the president, who has eschewed the digital campaign trail while others involved with his reelection court voters and train supporters during nightly live streams and online briefings.

The president’s 2020 team is also keeping a close eye on regional reopenings, where modified campaign activities could soon be permitted, according to three people involved with the discussions. Some White House allies have encouraged the campaign to prioritize its plan for restarting rallies, worried that the optics and purpose of Trump’s official travel — during which the president has sent mixed messages about his administration’s response to the pandemic while surrounded by aides in face masks — is too morbid and lacks the showmanship his core base adores.

Aides are also mindful of the president’s tendency to lash out when he’s cooped up in Washington for too long and deprived of opportunities to connect with his ultra-loyal fans.

“He enjoys talking to his supporters at these patriotic events, and so the more he’s out there doing that, the better mood he’s going to be in. That’s important in a presidential year,” said Jason Miller, a senior adviser to Trump’s 2016 campaign, who described the effort to resume campaign rallies as “a moonshot mission.”

“The goal is to get as close to a traditional Trump event as possible as we’re entering the warmer months here without having to change too much,” Miller said.

The Trump campaign’s push to get its candidate back on the trail comes as the president and senior administration officials try to raise public confidence about the direction of the crisis by returning to normal schedules themselves.