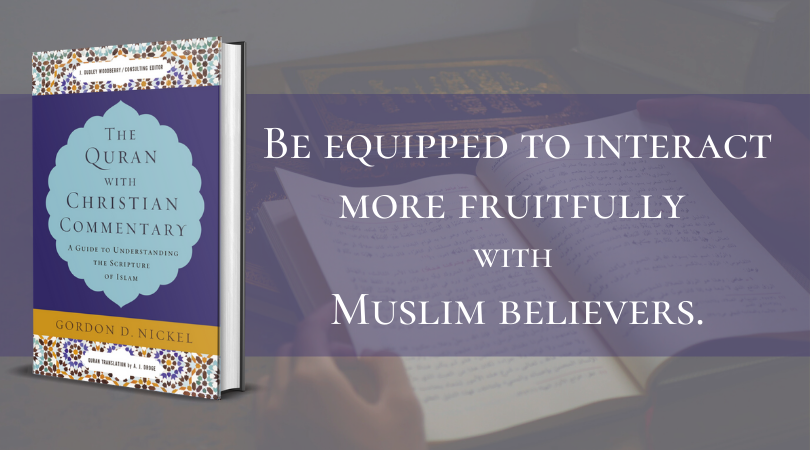 The evangelical publishing company Zondervan is releasing a guide carrying precise modern English translation of the Quran, with a Christian commentary alongside, to equip Christian ministers to interact with Muslims.

The Quran with Christian Commentary: A Guide to Understanding the Scripture of Islam by Gordon Nickel “offers a unique introduction to the primary religious text of Islam,” says Zondervan, a division of New York publishing giant HarperCollins, in a statement.

“No one can understand the Muslim mind without some solid knowledge of the contents of the Quran,” says Nickel, director of the Centre for Islamic Studies at South Asia Institute of Advanced Christian Studies in Bangalore, India.

“I knew from many years of studying and teaching the Quran that there are ways to read this scripture that allow readers to avoid confusion and rather to make sense of its main themes. I also noticed from my reading that the Quran often addresses non-Muslims directly and seems to demand a response to its claims,” he adds.

The publisher says the commentary is “factual, respectful of Muslims, and insightful on issues about which Muslims and Christians disagree.” It’s meant to equip Christians to “interact more fruitfully with Muslim believers.”

The commentary will be useful for those studying Islam and the Quran as well as for pastors and missionaries who minister among Muslims.

“Alongside a precise modern English translation of the Quran,” it carries “in-text notes to explain the meaning of various surahs (chapters) and ayat (verses), their interpretive history and significance in Muslim thought, and similarities and differences when compared to biblical passages.”

John Piper Warns Trump’s ‘Deadly Behavior’ Will Lead U.S. to ‘Destruction of More Kinds Than We Can Imagine’ in ‘Long Overdue’ Blog Post