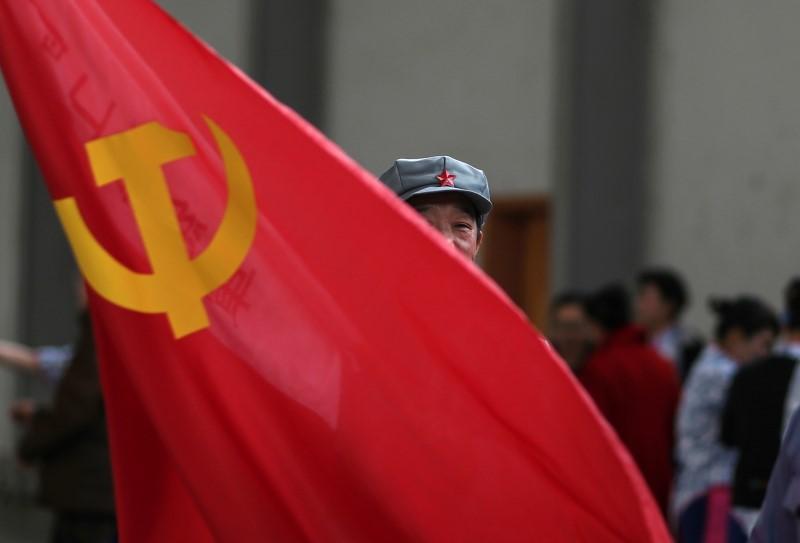 If you’re someone who thinks Christians aren’t persecuted much in today’s world, I have a challenge for you. Subscribe to Voice of the Martyrs magazine, read three issues, and then let me know if you’ve changed your opinion.

The current VOM magazine (March 2020) provides an excellent reality check for those who believe Communism is on the way out and gives a drill down into recent activities in Communist China. After the cultural revolution (1966-76) that resulted in China being placed firmly in the hands of Communist control, the campaign to stomp out Christianity has now risen to a point where churches are routinely bulldozed, Christians are consistently harassed, interrogated, and imprisoned, and pastors get ‘disappeared’.

Why is it that Communist and Leftist governments persecute and hate Christianity so much? To answer that question, we need to peel back the theological, philosophical, and historical covers to get a better understanding of what motivates these anti-God worldviews, where their humanistic pursuits take them, and their tragic end results.

Jesus provides a succinct explanation for why these worldviews and forms of governments hate Christianity when He says, “The world … hates Me because I testify of it, that its deeds are evil” (John 7:7). He speaks to the same thing earlier in the book of John: “This is the judgment, that the Light has come into the world, and men loved the darkness rather than the Light, for their deeds were evil. For everyone who does evil hates the Light, and does not come to the Light for fear that his deeds will be exposed. But he who practices the truth comes to the Light, so that his deeds may be manifested as having been wrought in God” (John 3:19-21).

When you tell an adherent of one of these belief systems and their oppressive government that their actions or ideas are wrong, it produces an egocentric rage that quickly manifests in authoritarian actions that first move to silence such ‘hate speech’ and then go further to squash the persons themselves. The Bible says we shouldn’t be surprised at this kind of aggression because “the mind that is set on the flesh is hostile to God, for it does not submit to God’s law; indeed, it cannot” (Rom. 8:7).

The natural outworking of this, from a governance standpoint, is the rejection and outlawing of liberties and freedoms (especially religious) of the general public. In rejecting God, tyrannical governments and their underlying worldviews suppress the fact that God is a free being, and since we are made in His likeness, we are also free beings who have innate freedoms that naturally flow to us from our Creator.

And for authoritarian governments, that just can’t be allowed.

Churchill once said that, “the empires of the future will be empires of the mind”.[1] By this he meant worldviews, ideologies, and belief systems power human actions and have consequences. Humanity always looks to some foundation of knowledge or learning to justify what it does, and when we look at the philosophies behind both Communism and Leftism, we find teachings that do everything in their power to reject Christian thinking.

As most know, the philosophy of Karl Marx gave birth to and supports the Communist philosophy. Marx thought religion was a mechanism of control used by society’s elite to manipulate the masses. But he went further to say, “Religion is the self-consciousness and the self-feeling of the man who has either not yet found himself, or else (having found himself) has lost himself once more. This state, this society, produce religion, a perverted world consciousness, because they are a perverted world. Religion is the sigh of the oppressed creature, the heart of a heartless world, just as it is the spirit of a spiritless situation. It is the opium of the people” (Marx’s original emphasis).[2]

While most understand Marxism, what’s not so well known is the philosophy of Leftist thinking. It was given birth to in 18th century France, with the origination of its mindset being cloaked beneath the cover of the Enlightenment and sheltered under seemingly reputable names like Rene Descartes, Sir Issac Newton, Sir Francis Bacon, and John Locke. Much like Marxism and Communism, it purported to use its philosophy to combat poverty and unfairness.