Unreached people groups know nothing about Jesus and have no way to access the Gospel. Formal definitions vary, but most missions leaders consider people groups “unreached” if less than two-percent of the population follows Christ and there is no indigenous church presence.

Sudan has approximately 130 unreached people groups, one of which is the Masalit. According to the Joshua Project, the Masalit live in extremely remote areas and Islam dominates their lives.  There were no known Masalit believers… until now.

“The first six believers are good, solid leaders. Now, they’ve come to Christ, and we’ll work alongside those leaders as they develop these resources and take it back into their Masalit communities,” unfoldingWord’s David Reeves says.

Ministry friends reached out to unfoldingWord and connected them with these Masalit believers after seeing the organization’s work in Chad. More about that here.

From Chad to Sudan

Typically, unfoldingWord comes alongside indigenous believers to translate God’s Word into their heart language using open-source material and a church-centric model. Details here. As noted yesterday, believers in Chad felt compelled to reach the unreached among them but lacked training and resources.

Chadian believers also experienced a challenge common to “frontier” mission work – how do you translate God’s Word into a language that has no believers?

Bible translation work often involves believers who grew up speaking (or signing) the language in use. This ensures that the final product is Clear, Accurate, Natural, and Acceptable, a system commonly described as “CANA” in Bible translation circles. More about CANA here. 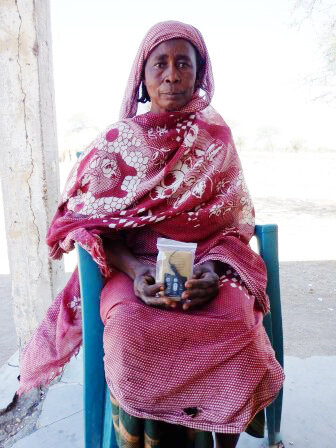 Michael Brown on Some Practical Thoughts on Modern-Day Prophetic Ministry