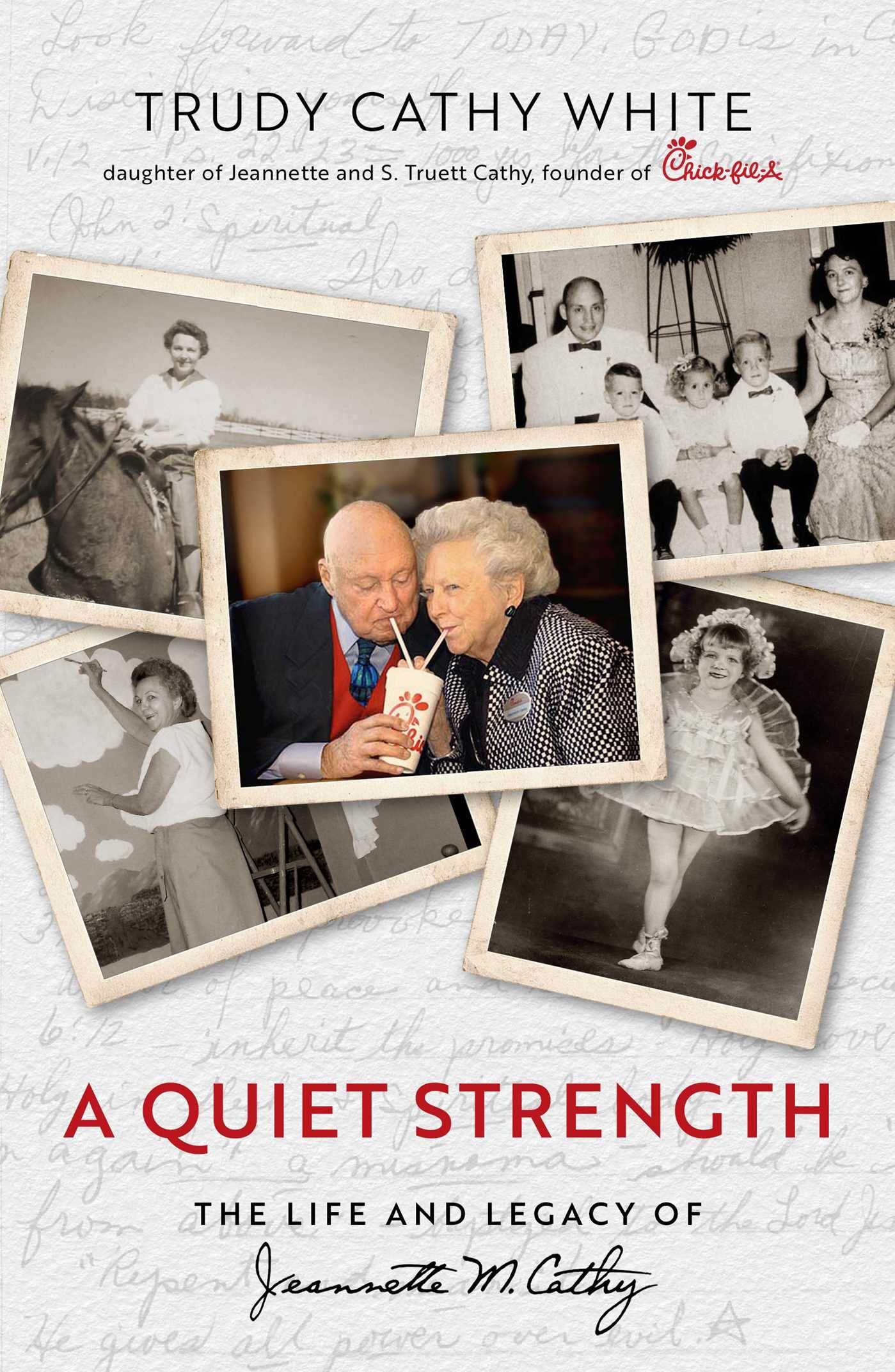 Trudy Cathy White, the daughter of Chick-fil-A’s founder S. Truett Cathy and his wife, Jeannette, shared how the faith and quiet strength of her mother contributed to the massive success of the fast-food restaurant beloved by millions of Americans.

White sat down with The Christian Post to discuss her new book, A Quiet Strength, which recounts the life and legacy of Jeannette Cathy, who died in 2015 at the age of 92. Truett Cathy preceded her in death in 2014.

“A lot of people know about my dad who invented Chick-fil-A in 1946; they’ve heard his story and read a great deal about him,” White said. “But the story of my mother has never been told. She was such an inspiration to our family. In fact, we would say that we would not be who we are, nor would the business be what it is today, had it not been for the influence of our mom.”

“My mother worked as a waitress and did all the accounting and bookkeeping for the restaurant,” she recalled. “And then when children came along, she realized that my dad was going to be working long hours, and she needed to be a stay at home mom and work from there.”

“But she did not take that calling lightly at all,” she said. “She actually is what I call a domestic engineer. She took care of that house, she kept everything organized. She took us wherever we needed to be. And she felt a sense of calling and fulfillment in that.”

According to White, her mother was dubbed the “Chief Supporting Officer” for the positive, uplifting way she championed her husband, family, and the company behind-the-scenes.

“She was the support behind my dad and everything that he did,” White added. “She always wanted to make sure that when he walked out the door, he was ready to be able to do his very best. Because of her, he was able to be successful.”

The company’s dedication to prayer and biblical principles, she said, is largely due to Jeannette’s influence. She described her mother as having a simple, yet powerful motto she lived by: “You can with God.”

“My mother was a prayer warrior,” White said. “A big part of our culture at Chick-fil-A is to pray for one another, and that is the influence of my mother that has permeated the restaurant culture. She, like my father, believed good business practices are a result of good biblical principles, and we can apply those biblical principles to the practices that we have in business. She believed that God really has the formula for success in life.”