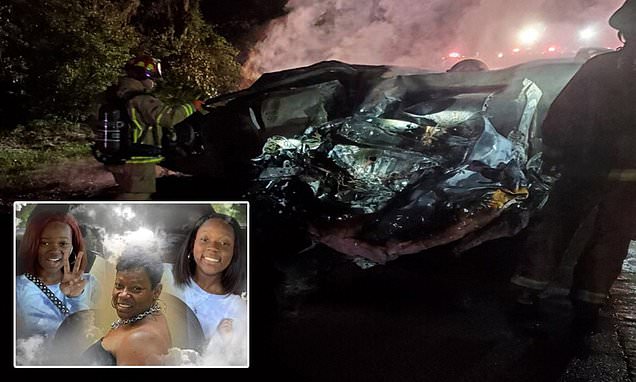 Four people died in a head-on collision that caused a fire so intense investigators had trouble identifying the makes and models of the vehicles. The crash occurred at 8.48pm Friday night and the four occupants in the two vehicles were pronounced dead at the scene on State Road 100 near Bunnell, according to the Florida Highway Patrol. Authorities have not identified the victims, but two of the deceased were children. The girls, a 6th and 7th grader, were in one of the vehicles with their mother. They are believed to be ages 12 and 13. Authorities are investigating why one vehicle crossed the center line and struck the other head-on.

Florida Woman Arrested After 111 MPH Police Chase and Crash That Killed One of Her Passengers Was on Probation for Fatal Wreck She Caused...