UNDER REVIEW: This week, the U.S. reported that a staggering 3.3 million Americans applied for unemployment benefits last week, a five-fold increase over the last high sent in 1982. On Friday, President Donald Trump signed a $2.2 trillion aid package into law. Few believe it will be the last in the aftermath of this viral outbreak. Credit ratings agencies are taking note of the financial standing of the U.S., and other nations.

Fitch is affirming the United States’ sovereign rating at “AAA,” but it sees risk, too. Fitch said high fiscal deficits and debt — which were already rising before the economic shock precipitated by the coronavirus — are starting to erode U.S. credit strengths. The risk of a near-term negative rating action has climbed given the magnitude of the shock to the economy and public finances from the virus and the fiscal policy response, Fitch said, particularly in the absence of a credible consolidation plan for the country’s preexisting, longer-term public finance and government debt challenges.

Italy’s economic challenges will outweigh government support, according to Moody’s. The agency says the country’s weaker economy will weigh on its banks. Demand for a range of fee-generating banking services is expected to fall and problem loans are anticipated to rise. Italy on Friday become the second country to overtake China in coronavirus infections, reaching 86,498 cases on the same day it recorded its single biggest leap in deaths, with 969 more victims. The first was the U.S.

Closures are also expected to pressure revenue for regions in Russia. But Moody’s says most regions it rates can maintain an adequate operating performance this year even with declines of up to 50% in corporate income tax revenue from the sectors most affected by the outbreak. Most regions are also anticipated to be able to withstand a combined 50% decline in corporate income tax and small business tax, as well as a 30% decline in personal income tax and still have a positive operating balance.

TRAVEL IN A TIME OF PANDEMIC: Any sector affiliated with the travel industry is at high risk, particularly cruise lines. Because so many are incorporated off-shore (Carnival has its headquarters in Miami, but it’s incorporated in Panama), they could miss out on any rescue for U.S. corporations.

Shares of Royal Caribbean and Carnival tumbled between 16% and 17% Friday.

The International Air Transport Association this week said passenger revenue worldwide could fall as much as $252 billion, or 44%, compared with last year. Less than three weeks ago, the group estimated the virus could reduce airline revenue by up to $113 billion compared.

AIRLINES LOOK TO GRANTS: U.S. airlines are seen as more likely to seek federal grants than loans from the huge economic-rescue package that passed Congress on Friday.

The loans would carry tougher terms than the grants, which would provide cash to cover airline payroll costs and avoid layoffs for the next six months. The carriers, however, are waiting for the Treasury Department to set terms for both loans and grants over the next several days.

President Donald Trump and Treasury Secretary Steven Mnuchin, eager to avoid comparisons with the unpopular bailout of major banks more than a decade ago, say taxpayers will be compensated for extending $25 billion in grants and another $25 billion in loans to passenger airlines.

“We have to keep our airlines going … now, maybe we will take a piece of the airlines for the country, for our country, where we loan money and we take a piece,” Trump said during a White House briefing.

None of the airlines committed to apply for federal aid, but analysts expect airlines will take the grants.

J.P. Morgan analyst Jamie Baker said airlines will take the grants but not the loans because the bill requires them to prove they have no other access to capital to get Treasury-backed loans — they have recently tapped the private credit market. Cowen analyst Helane Becker also said some airlines will bypass the loans, in part to avoid more government influence on their businesses.

United Airlines warned Friday that job cuts will still be needed, even after the relief bill signed by Trump. United CEO Oscar Munoz and President Scott Kirby said they expect travel demand to remain weak for months, possibly into next year.

“If the recovery is as slow as we fear, it means our airline and our workforce will have to be smaller than it is today,” they said in a note to employees. United and other airlines must promise not to lay off workers through Sept. 30 to qualify for grants totaling $25 billion.

SOCIAL EDUCATION: Apple is launching an app and website to give people information about the virus outbreak. The website and app, created with the Centers for Disease Control and Prevention, The White House Task Force and the Federal Emergency Management Agency, lets users answer questions about the COVID-19 virus including risk factors and symptoms. It gives CDC recommendations on next steps, but isn’t intended to replace instruction from health care providers. Apple said the website and app will keep all data private. You don’t need an Apple ID for access. Last week, Google sister company Verily launched a website to screen people who think they might have COVID-19 and point them to testing sites.

RETAIL ABIDES: More than 2,000 grocery stores across the country are offering free deliver to individuals over the age of 60. Grocers such as Piggly Wiggly, LifeThyme Natural Market, Le District, and Matherne’s will be waiving delivery fees on orders made by seniors and fulfilled by DoorDash. Freshop, GrocerKey, Mercato and Rosie are also participating in the initiative. Customers will also have the option to request a no-contact delivery at checkout.

Kroger plans to hire an additional 20,000 workers over the next several weeks. The company is also creating partnerships with local, regional and national businesses from the most-affected industries to create a shared-resource model to temporarily flex employees to Kroger roles. Some of the current partners include Marriott International, Sodexo, Sysco and VF Corp.

YOU SAY ENERGY, MARKET SAYS SURPLUS: Most projections already foresaw slowing energy demand as the global economy cools. Then the pandemic hit. U.S. crude prices have plunged 55% over the past month. Now, a phenomenon last seen during the 2008-09 financial crisis is re-emerging.

Energy demand has been so curtailed, there are fewer places to put the oil and natural gas that is still being produced, according to IHS Markit.

The market analysis group forecasts an annual first half 2020 surplus of 1.8 billion barrels of oil, which exceeds the upper end of its estimate of available storage capacity of 1.6 billion. IHS Markit anticipates that the storage shortage will lead to more production cuts or shut ins than previously expected. Among the three largest oil producers, Russia has the least amount of available storage capacity at about 8 days, followed by Saudi Arabia at 18 days and the U.S. at 30 days.

MALL MAUL: Data put out Friday by the U.S. on consumer behavior was largely discarded because it’s using data from February, seemingly a lifetime ago. It did point to an economy that was still humming as of February, when consumer spending edged up 0.2% in February, matching a January gain. Personal incomes rose a solid 0.6 percent.

Private surveys, however, which take a more forward looking stance, paint a much darker picture.

Nearly half of U.S. consumers are extremely concerned about the virus outbreak, according to CoreSight Research’s latest survey. That’s up 10 percentage points from a week earlier, meaning that the likelihood that they’ll keep spending is vastly diminished. About 70% of all economic activity in the U.S. is driven by consumers, so it matters.

And according to the CoreSight survey, about 9.1% of people have lost their jobs, up from 4.2%.

Americans are buying goods, but not where they did even two weeks ago. And 95% of respondents are avoiding public areas and travel, up from approximately 85% a week ago. Shopping centers and malls are the third most avoided location, following restaurants/bars/coffee shops and movie theaters, respectively.

Google to Invest $9.5 Billion in Its U.S. Offices and Data Centers in Attempt to Lure Employees Back to the Workplace

House Passes Bill to Prohibit Discrimination Based on Hairstyles 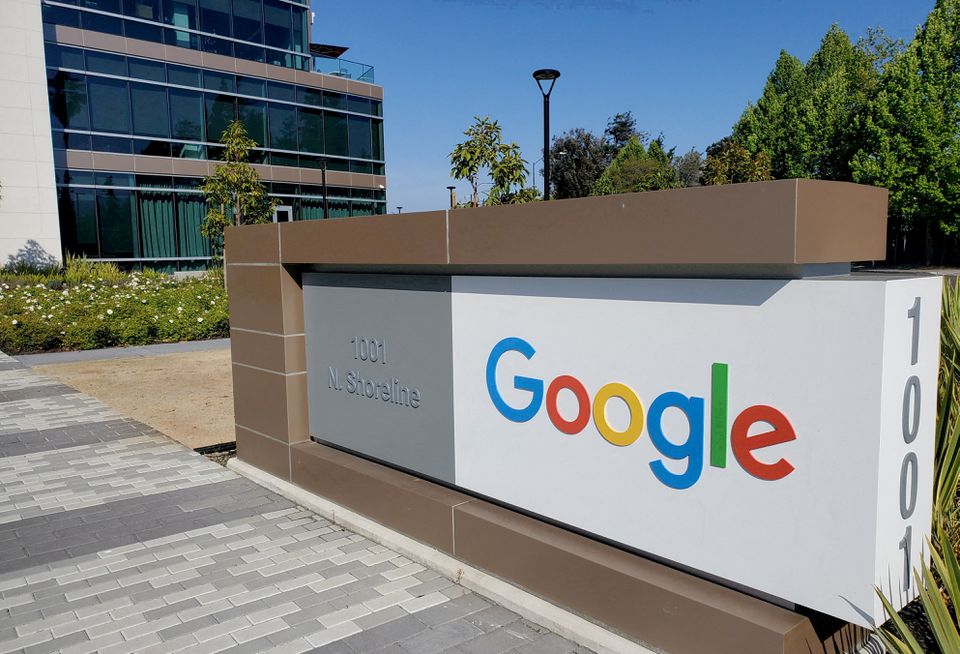