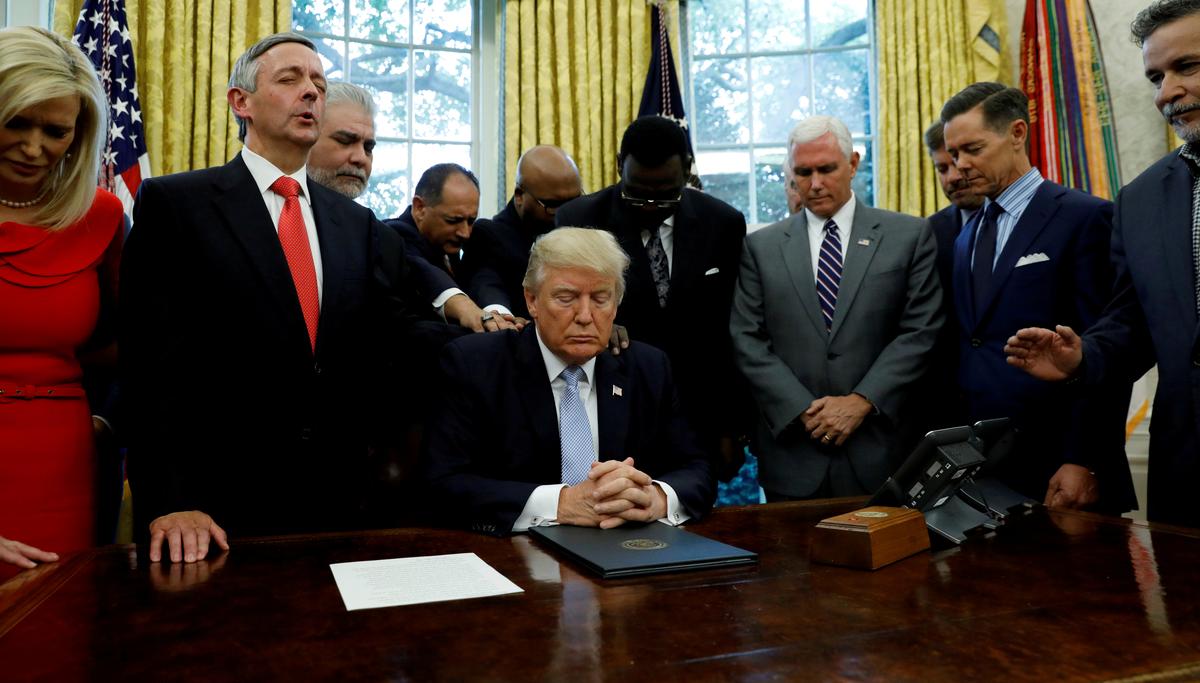 Only 15 percent of white evangelicals believe that the phrase “morally upstanding” describes President Trump “very well,” according to a recent report by the Pew Research Center.

Pew released the findings of the survey on Monday which found that, while nearly two-thirds of white evangelicals believe Trump has helped them while in office, a much smaller percentage confidently describe him as “morally upstanding.”

Among white evangelical respondents, 15 percent believed that the term “morally upstanding” described Trump “very well,” while 45 percent responded that the term fit “fairly well” and 37 percent said “not too well” or “not at all well.”

“While white evangelical Protestants generally see Trump as standing up for them, they are less convinced that he personally lives a moral and ethical life or conducts himself admirably,” stated Pew.

Pew also noted that white evangelicals were more likely than the general U.S. population to consider Trump to be “morally upstanding,” “honest,” or religious.