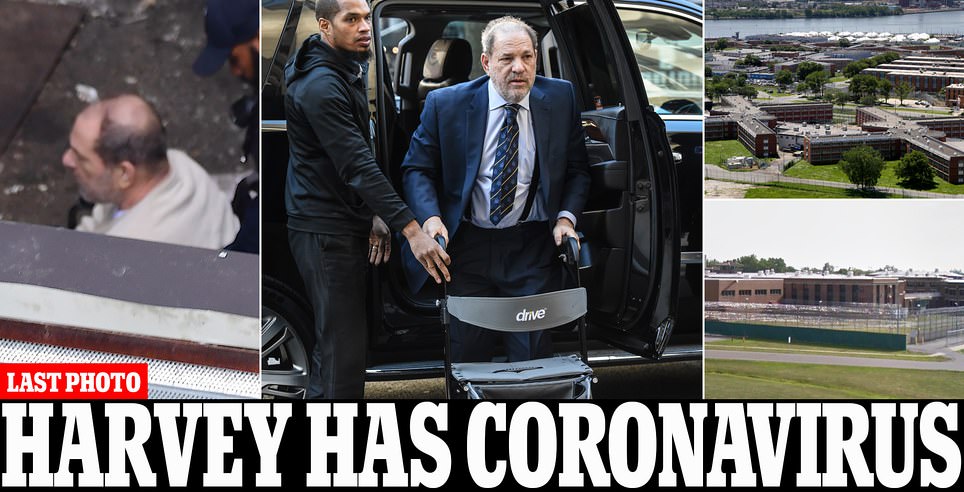 Rapist Harvey Weinstein has tested positive for coronavirus. Weinstein, who turned 68 last Thursday, is being isolated at Wende Correctional Facility (bottom right) in Western New York. Weinstein told prison staff he believed he has the virus when he entered the state prison system last Wednesday from notorious Rikers Island (top right) where a number of inmates have tested positive. A source told DailyMail.com: ‘He tested positive and is quarantined.’ New York City was hit by the nation’s largest coronavirus jail outbreak to date this week, with at least 38 people testing positive at Rikers Island complex and nearby facilities – more than half of them incarcerated men, the board that oversees the city’s jail system said Saturday. Weinstein is seen leaving court after his sentencing earlier this month left and pictured with his walker as he entered into the courtroom during his trial (center).

Virus spikes forcing another round of preparations to expand hospital capacity