Under the sign “Take out only” and a tall bottle of antiseptic by his side, Mazin Hashim, 54, rearranged the coals heating a water pipe outside his famed cafe in Baghdad.

He put up the placard to satisfy recent government restrictions on movement and gatherings that are aimed at slowing the outbreak of the new coronavirus. Once inside, however, thick white plumes of fragrant smoke choked the air as over a dozen young men whiled away the hours in defiance of the directives.

As the pandemic continues to spread, governments across the Middle East are clamping down on the region’s cherished traditions: No more massive weddings and celebrations. Restrictions on sales of qat, a mild plant narcotic chewed in groups in Yemen. No more evenings spent mostly by men in traditional coffee shops across the region. And most importantly, no more smoking of the beloved shisha, or water pipe, in public places.

In a region where life is often organized around large families, communal meals and tribal rules, social distancing can be difficult.

In Iraq, clarion calls sound twice a day to remind people to adhere to the ban on public gatherings. But that has little impact at Hashim’s shisha parlor, second home to 29-year-old Mustafa Ahmed who comes every day to meet friends and seek solace from the monotony of domestic life.

Not even at the height of Iraq’s sectarian wars was he made to spend seven straight days at home. He and his friends smoked shisha at Hashim’s instead.

“It’s normal for us to come here during times of crisis,” said Ahmed. “The only difference this time is we are hiding from the police.”

Safety tips being traded by many in Iraq often fly in the face of global appeals by experts to avoid physical contact and keep a safe distance from others.

Iraq’s revered Grand Ayatollah Ali al-Sistani, whose opinion is sought by many, said it was necessary to avoid shaking hands, hugging and kissing except when the “necessary precautions” were taken, including sterilization, masks and gloves.

But Hashim said his acquaintances routinely ignore even such warnings. In Iraq, the custom is to plant one kiss on each cheek. That is why he keeps the bottle of antiseptic nearby.

“Whenever someone greets me I quickly wipe my hands and face with it,” he said.

Down the street from Hashim, Tony Paulis, 60, said he tried to promote social distancing with a poster outside his barbershop door. It has an “X” over an image of two men leaning in for a greeting, and a warning message: “Please limit yourselves to handshakes and do not kiss given the current difficult situation.”

The attempt was futile. “Iraqis aren’t scared of coronavirus, but they should be,” he said.

At least 40 people have died in Iraq from the coronavirus, which causes mild or moderate symptoms in the majority of people but can cause more severe illness, including pneumonia, or death for some, especially older adults and people with existing health problems.

Checking out with a kilo (two pounds) of oranges from the local grocer in Baghdad’s Karrada neighborhood, Najm Abdullah Saad, 70, said the curfew was wreaking havoc on his marital life.

“Going out to smoke shisha every night was my escape,” he said.

In Yemen, which has already endured five years of civil war, the chewing of qat is a daily activity that brings groups together to exchange gossip and debate.

Authorities in Yemen’s southern city of Aden have banned qat markets to prevent the spread of the virus. However vendors have found ways to keep selling it, either with help from armed factions controlling the city, or in the outskirts.

In the north, which is controlled by Houthi rebels, authorities said they plan to move crowded qat markets to open areas and ban gatherings of more than eight people.

The measures might be hard to implement as the country has busy markets in almost every city and town. At around noon every day some 90% of Yemeni men converge on local markets to buy qat, according to Houthi health ministry spokesman Youssef al-Hadhri. He said markets will remain open since they become crowded only a couple of hours a day.

“It’s not dangerous,” he insisted, despite growing fears that an outbreak could prove devastating to the Arab world’s poorest country.

The Lebanese port city of Sidon, south of the capital Beirut, is mostly deserted. It once bustled with people flocking to its traditional coffee shops where elderly men gathered to smoke cigarettes and play cards and backgammon. Those closed after the Lebanese government ordered a lockdown last week.

Qassem Bdeir, a fisherman, sat with a group of friends near a hidden segment of the port, discussing the situation, each seated a meter away from the other.

“We used to meet at the coffee shop after a day’s work to talk and play cards. Now there’s no work, and we steal these few moments to talk and commiserate sitting away from each other before we go home to lock ourselves up,” he said.

The virus has also upended plans for weddings — often extravagant affairs in the region, with hundreds of invitees.

In Beirut, Bassam Makki, the 42-year-old owner of a jewelry shop had been in the final stages of planning his wedding when the pandemic started. He and his fiance took out a loan and planned a celebration for 130 people at a four-star hotel in Beirut. The party, which had been scheduled for April 10, has been canceled.

“I guess it wasn’t meant to be,” he said, trying to offer a smile.

Others pressed ahead with weddings.

Rawan Mohammed found an open tract of agricultural land outside the northern Iraqi city of Dohuk for his wedding after the Kurdistan Regional Government closed wedding halls as part of preventive measures.

“We told everyone at the beginning, they can come by to tell us congratulations and take pictures, but without handshaking or hugging,” he said. 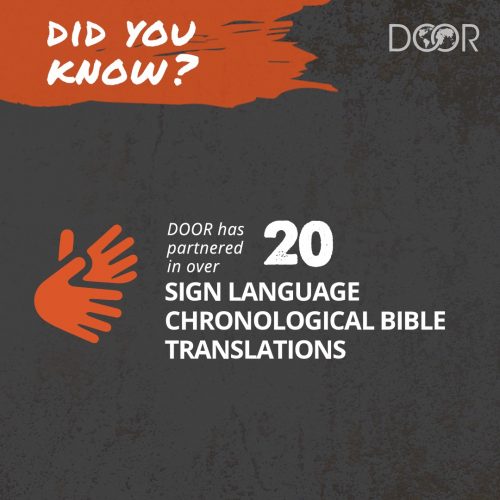