Kobe Bryant’s widow, Vanessa, has posted a sweet video of her seven-month-old baby girl just two weeks after a helicopter crash killed her husband along with her 13-year-old daughter Gianna.

The 37-year-old took to Instagram on Saturday morning to share her and Kobe’s youngest daughter, attempting to stand on her own for the first time.

Kobe’s sister Sharia Washington can be seen providing support to Capri throughout the cute 30-second clip.

The heartwarming video comes as the NTSB released a preliminary report Friday on that suggested that the pilot just seconds away from flying the helicopter to safety and away from the unfavorable weather conditions.

Kobe Bryant’s helicopter was just 100 feet and 12 seconds from clear skies before it crashed in thick fog, killing the basketball star, his 13-year-old daughter Gianna and seven others, according to federal investigators.

The report stated the aircraft was only 100 feet away from exiting the heavy cloud and emerging into better visibility.

In the intimate clip, Vanessa cheered on her infant daughter as her tiny legs tried with all their might to stand upright.

With a wide grin across her face, Capri successfully stood almost entirely on her own.

‘My Koko Bean. She looks just like my Gigi with her daddy’s eyes,’ captioned Bryant whose comment section was flooded with support from her 11.3 million Instagram followers.

The posting has received more than 6.5 million views since it was posted on Saturday afternoon.

There has since been a flood of loving and supportive messages.

‘You are an amazing angel @vanessabryant don’t stop now. Beautiful. Our hearts are with you,’ wrote one.

‘Stay strong,’ urged another while another echoed such thoughts: ‘Life goes on… we are praying for you.’

Another user agreed with Vanessa’s thoughts: ‘Adorable. She looks so much like Gigi..’

W’hat a little beauty! And her hair!!!!!!❤️’ said one Instagram poster.

‘She’s so cute! Look at that smile!!!!’ agreed another user.

Since the crash, Vanessa has been comforted by the many tributes that havebeen paid to Kobe and Gianna according to People.

‘She’s got people around her who are helping her: physically, emotionally, spiritually, mentally,’ said the source to People.

‘She has spent the last week surrounded by people who love her and want only the best for her. She’s really being loved and cared for. And so are the girls.’

Vanessa and Kobe welcomed Capri into the world in June of 2019.

Capri is the couple’s fourth daughter. They also share Natalia, 21, Bianka, 3, and the late Gianna ‘Gigi’ Bryant who, sadly, passed away at the age of thirteen alongside her father during the tragic crash on January 25th.

On Friday, Bryant used her Instagram for a more somber purpose, as she shared an invitation to a public memorial for her late husband Kobe and daughter Gianna.

The image included 24 butterflies in purple and yellow, which are the colors of the Lakers, the basketball team Kobe played with for 20 years.

The event, which will take place February 24 at the Staples Center in Los Angeles, was already announced the day before.

The date was a conscious choice, as 2 was Gianna’s jersey number, while 24 was Kobe’s and 20 is the amount of years he was a Laker.

To pay further tribute to the sports legend’s number, the invitation is also printed with 24 butterflies.

The event is scheduled for 10am as the Clippers play the Memphis Grizzlies later that evening.

According to TMZ, Clippers owner Steve Ballmer and coach Doc Rivers had to sign off, as they technically have the arena rented for the day.

But it was an easy decision, given the solidarity for Kobe and his family, as well as the significance of the date.

Space might be an issue, as the Staples Center holds 20,000, compared to the 80,000 capacity of the Coliseum, which was another choice.

When Michael Jackson and Nipsey Hussle’s memorials were held at Staples, the surrounding blocks were closed off to anyone who didn’t have a ticket.

But it seemed to be the most meaningful choice, as it’s where Kobe played for the majority of his 20-year career with the Lakers.

The outside of the arena has served as somewhat of a makeshift memorial, where thousands of fans visited to pay their respects.

Vanessa has requested to receive some of the candles, basketballs, stuffed animals and other items left in tribute to Kobe and Gigi.

In addition to the upcoming memorial, the Lakers honored Bryant on their first game after his death in several ways.

The marquee outside the Staples Center read, ‘Rest in peace Kobe and Gigi’ when they played the Portland Trail Blazers last Friday. 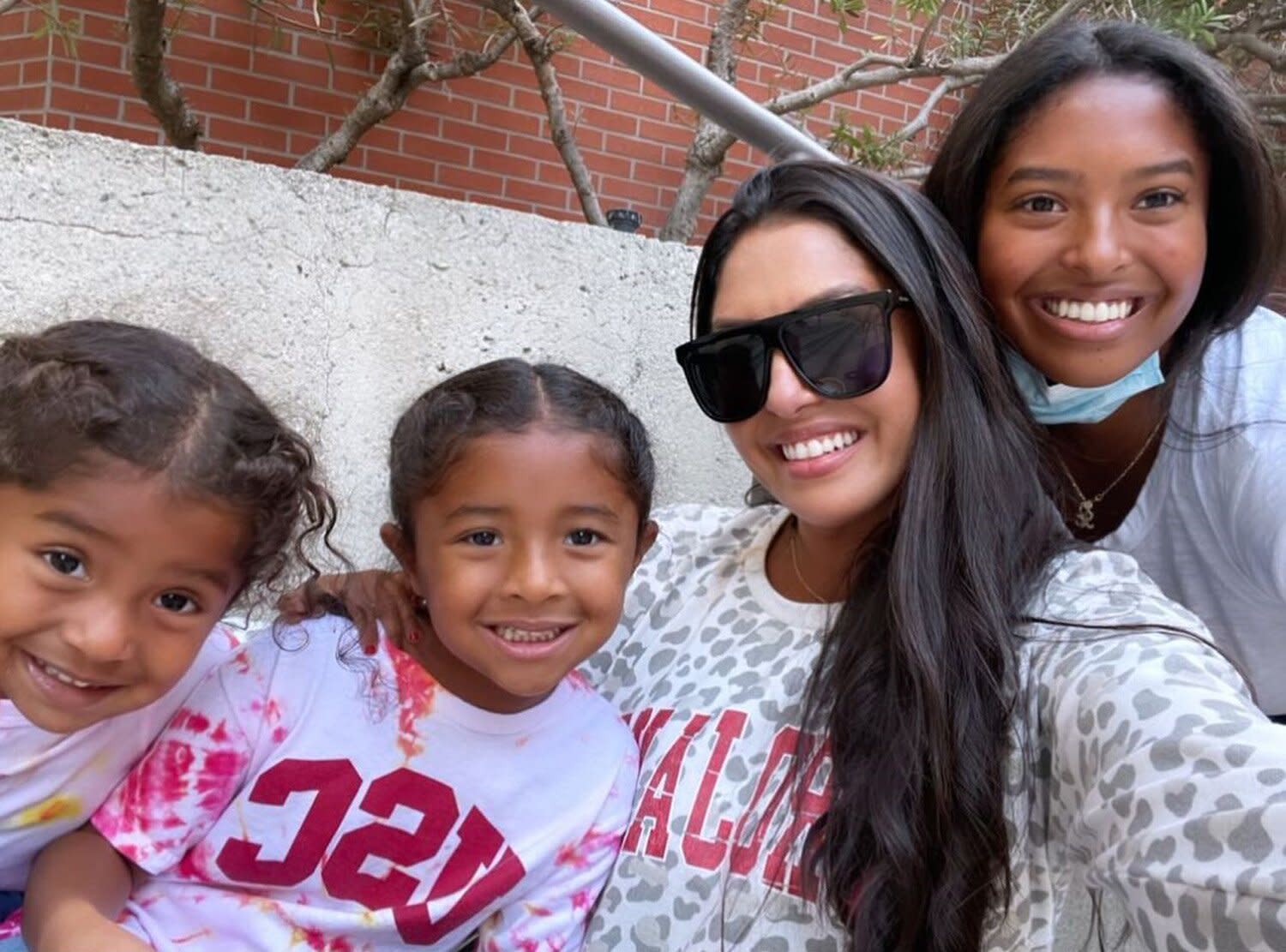 WATCH: Grammy-Winning Rapper Lecrae Shares His Journey from Struggle to Stardom on “The Katz Walk” Podcast