The Sierra Leone Ministry of Lands has closed the door on a land dispute between The United Methodist Church and the Masantigie community, but not before issuing a stern warning about keeping the peace.

The Sierra Leone Conference and village community had been at odds over a United Methodist property in rural eastern Freetown until August of last year, when the conference agreed to give 60 acres of its 443-acre Pa Loko land to the neighboring community.

The Masantigie had lost at least two lawsuits concerning rights to the land over the course of the seven-year dispute.

United Methodist Bishop John K. Yambasu met with Sierra Leone President Julius Maada Bio in May of 2019 to ask for help after a dawn raid on the property during which five members of Mango Brown United Methodist Church were wounded, three seriously.

Bio established a committee to work on a resolution between the two sides. The culmination of that work was celebrated at a special ceremony Jan. 15.

Minister of Lands Denis Sandy spoke at the crowded event and recalled the cordial relationship that existed between the parties before the dispute. The denomination used to provide jobs and other means of livelihood for the Masantigie community, he said, and he hoped the parties would go back and build on that relationship.

In resolving the matter, Sandy said, the committee took into consideration population migration and other factors.

The ministry presented the site plan and “letters of offer” to both parties during the event.

The Rev. Solomon Rogers represented The United Methodist Church on behalf of the bishop, who was unable to attend. After signing the plan, he thanked God and President Bio for intervening.

“We have done this not only for the church, but the Scripture also says righteousness exalts a nation. If we are all righteous … and we are satisfied with what is happening around us, the country also will develop. We pray that the future will be bright,” he said.

Mohamed O. Kanu, headman of Masantigie village, also thanked the government for intervening to bring peace. He said the community would accept “what they have been offered for now” in the interest of peace and because the church has promised to build a university on the property.

He said, in his opinion, the 60 acres of land offered to his community was too small. The statement drew sounds of disapproval from the crowd, and deputy minister Alex Bhonapha issued a warning in response to his statements. 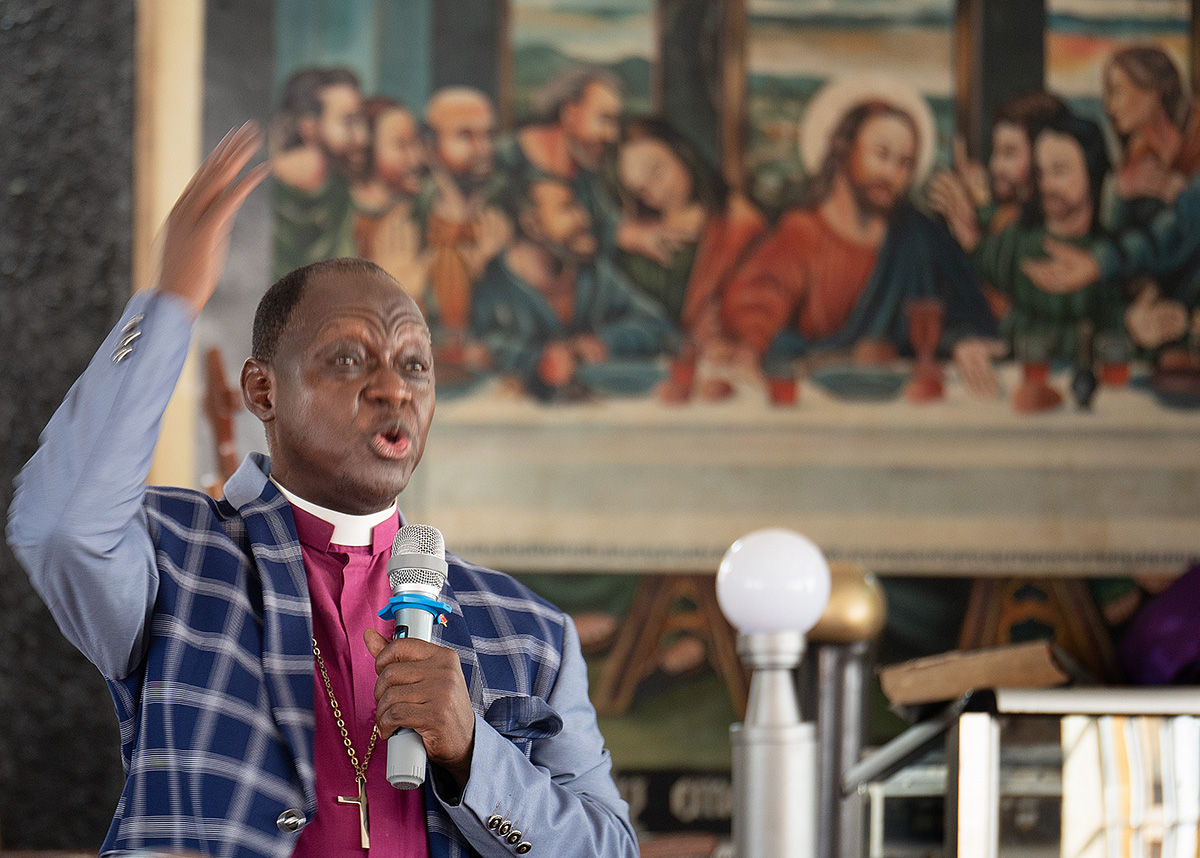