New York Times columnist David Brooks made waves with an essay published in the Atlantic. Brooks’ point is simple: What we call “the nuclear family,” a mother, a father, and their 2.5 children, often in a suburban home with a single income, is an invention of the 20th century. It’s not what the family looked like for most of history.

Instead, writes Brooks, humans have typically existed in multi-generational networks of grandparents, aunts, uncles, and cousins supporting one another. The “extended family,” he argues, is the natural family.

The key here is context. Brooks admits the nuclear family has always existed, but without an extended circle of relatives, he thinks it’s unstable. History seems to back him up. The 1950s, he writes, were the “high water mark” of the nuclear family. But as the 50s economy and mass unionization became things of the past, nuclear families fragmented into ever smaller forms, with single-parent homes now being the most common.

Among the important points made by Brooks is that, certainly by the time American culture had absorbed the full impact of the sexual revolution, the American family had already been substantially transformed by industrialization and other forces of modernity, not least of which is the widespread separation of work from home.

Unfortunately, the title of Brooks’ essay is, well, terrible. To lead with “The Nuclear Family Was a Mistake” muddies the waters. Even muddier is Brooks’ suggestion that alternative forms of kinship, which he calls “chosen families,” are legitimate replacements for the nuclear family, with the only criteria for their success being that they are chosen.

And so, he praises networks of shared parenting in such places as African-American neighborhoods with low rates of fatherhood, same-sex and polyamorous arrangements in LGBTQ communities, and even groups of friends living together to support one another.

What Brooks misses is that all of these things are attempts to mitigate the situations caused when families break. They are not replacements. As noble as some of these attempts are, the outcomes for those involved in “chosen families,” especially outcomes related to the long-term health and well-being of children, are consistently worse than they are for those in nuclear families. 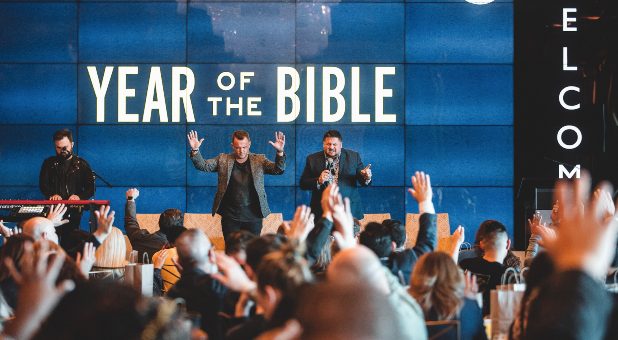 John Stonestreet and G. Shane Morris on Why Family Makes You Happier

New York Times Columnist David Brooks Share His Quest for Christ in New Book ‘The Second Mountain: The Quest for a Moral Life’