The International Mission Board (IMB) has selected Somer Nowak to fill the newly created position of prevention and response administrator for the 175-year-old entity. In this role, Nowak will oversee and manage prevention and response efforts for child abuse (physical and sexual), sexual harassment (including sexual assault) and domestic violence.

IMB is the first Southern Baptist entity to create a position for this purpose, fulfilling IMB President Paul Chitwood’s commitment to lead the Southern Baptist Convention (SBC) in abuse prevention and response.

“The prevention and response administrator position is evidence that IMB absolutely remains committed to making changes necessary to better prevent instances of child abuse and sexual harassment (including sexual assault) and to better care for victims while holding perpetrators accountable,” Chitwood said, announcing the selection of Nowak during the January 30, 2020, plenary session of IMB trustee meetings in Riverside, Calif.

IMB created the position in response to recommendations from Gray Plant Mooty, the external firm tasked with examining IMB’s handling of past allegations regarding child abuse and sexual harassment (including sexual assault) as well as a review of IMB’s policies and practices. During Nowak’s first year, she will focus on implementing all of the recommendations from the external examination in addition to handling new cases as they occur.

Ronnie Floyd, president of the SBC Executive Committee, welcomed the addition of this new role. He stressed the importance of equipping missionaries and staff with the tools necessary to prevent and respond to allegations of abuse in a timely and effective manner.

“With an organization as large as the International Mission Board that has personnel located across the entire globe, we need to do all we can to equip our missionaries and all personnel to prevent abuse in every way and to respond in a timely and effective way to any matters relating to abuse,” Floyd said. “I want to thank Dr. Paul Chitwood and the trustees of our IMB for adding this new prevention and response administrator position.” 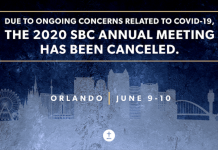