Brigham Young University removed a ban on “homosexual behavior” from its honor code, the Mormon institution said Wednesday, in an effort to match church policy.

The announcement came the same day the Church of Jesus Christ of Latter Day Saints released its new handbook, but did not specify what displays of affection same-gender couples are allowed to do.

Until now, the code defined homosexual behavior as “all forms of physical intimacy that give expression to homosexual feelings,” such as kissing, holding hands and sex. Any of those actions had violated BYU’s honor code, which students must follow on and off campus in order to graduate and take classes.

The previous policy said a student’s “stated same-gender attraction” was not an issue, but a BYU valedictorian made national headlines when he came out as gay during a graduation speech last year, and one student said other LGBTQ athletes stay closeted to avoid abuse.

Addison Jenkins, a former BYU student, told The Salt Lake Tribune the change will improve the lives of LGBTQ students at the Mormon institution. 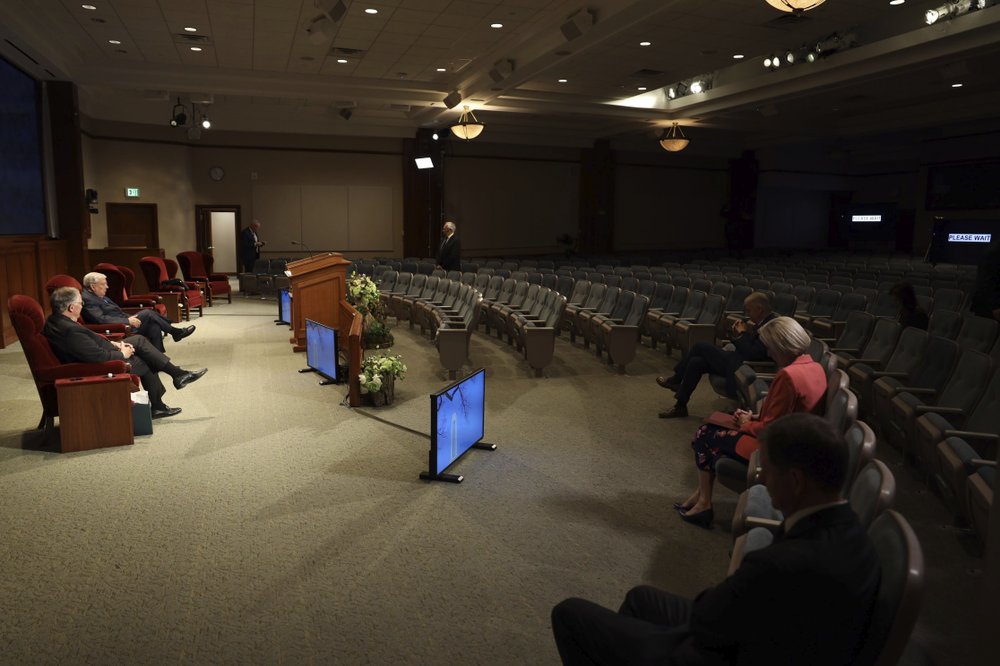 The Church of Jesus Christ of Latter-day Saints sat 6 feet apart inside an empty room as they carried out its signature conference...