Scot McKnight is an American New Testament scholar, historian of early Christianity, theologian, and author who has written widely on the historical Jesus, early Christianity and Christian living. He is currently Professor of New Testament at Northern Baptist Theological Seminary in Lombard, IL. The views expressed in this commentary do not necessarily represent those of BCNN1.

Scot McKnight: David George Moore, who regularly does interviews and reviews for the Jesus Creed, decided to turn the tables and interview me on the recently released, Kingdom Conspiracy: Retuning to the Radical Mission of the Local Church. Dave blogs at www.twocities.org.

Moore: A note to the Jesus Creed community (and Scot is not paying me for writing this!): I read quite a bit and fairly widely, but Kingdom Conspiracy is in that smaller circle of formative works. Aside from the many “classics” (Augustine, Bunyan, Chesterton, Lewis, et al.) which have impacted me, Scot’s book now joins contemporary writers who have been most influential: Lundin, Wood, Newbigin, Willard, Peterson et al.

Moore: What circumstances led you to tackle this subject?

Two things. First, in the last 15-20 years I became convinced that when Jesus said “kingdom” he had “Israel” in mind. For me this began back in the late 90s when I wrote A New Vision for Israel though I did not think through the theme as much as I have in the last five years. Second, hearing one person after another baptize or sanctify what they were doing by using the term “kingdom.” Kingdom has become a good word (church a bad word) and they were using “kingdom” to make what they were doing something ultimately significant. I’m all for seeing what we do as significant, or attempting to do so, but increasingly I was hearing the word “kingdom” used for dimensions of our life that had very little to do with what the Bible means by this term.

Moore: Give us a quick sketch of your overall argument.

My argument is that kingdom has been colonized today by two crowds: the social justice crowd who use the term for any good thing done by any good person in the public sector for the common good. The redemptive crowd tends to reduce kingdom to those moments when God breaks into history in a redemptive way – either in evangelism or in a person realizing God’s kind of truth or when someone is healed. I believe kingdom has five major components in the Bible: a king (God, Jesus), a rule (both redemptively and in governance or lordship), a people (Israel, the church), a law (Torah, Sermon on the Mount as expressing Jesus’ teaching of Torah, and roughly life in the Spirit), and a land (clearly the Holy Land until the Gentile mission, and then perhaps/probably? an expansion of that land promise to places in the diaspora through the establishment of churches [I’m not thinking here of physical space but of spiritual and social occupation]).

Moore: “Young, restless, and Reformed” types should appreciate Kingdom Conspiracy, not the least of which is your focus on the local church. What are a few big ideas you would like the YRRs to get from your book?

The YRR are probably more diverse than many of us know because we tend to see them through their representative pastoral leaders (Piper, Keller), but if I may generalize I would contend that most of them are Kuyperians in their theory, conscious or not, of how the church and the state/government relate. It seems to me that Kuyper, who represents a more conservative political posture toward the state, has gained control of American evangelical types while there is a burgeoning more progressive wing that is beginning to form inside evangelicalism (see David Swartz).

If this is a fair depiction of the context, I’m hoping the YRR will see that there is no such thing as Kuyperian in the New Testament and that the Bible’s posture toward the state emerges out of a commitment to the church. I may need to emphasize that: the early Christians who are at work in writing and as figures in the New Testament were not thinking of influencing Rome or shaping Rome or working to find positions of political influence to redirect Rome. They saw Rome as corrupt and were calling Rome out of Rome into the church. So the church became a socio-political matrix where God’s kingdom work was on display. So, I’m hoping they will reconsider the Biblical foundation for Kuyper’s approach – which was formed in the Netherlands to speak into a growing pluralistic world. 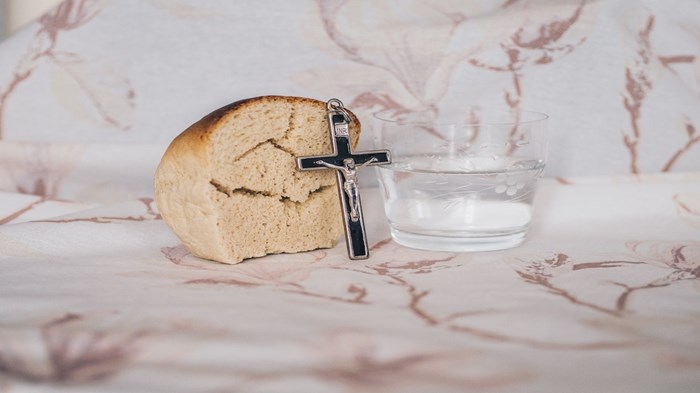 Scot McKnight on Faux-Fasting During Lent

Scot McKnight on Complicating Church and State and Law

Scot McKnight on the Gospel the Apostles Preached