The two — both of whom have been featured on Focus on the Family broadcasts — have been feuding for a year over Eggerichs’ bestselling book, “Love & Respect.”

Gregoire says she’s heard from hundreds of women who say one of the book’s main themes — that giving a husband “unconditional respect” can lead to a happy marriage — contributed to abuse in their marriages. She wants Focus on the Family, which originally published the book in partnership with Integrity Publishing, to drop its endorsement.

Eggerichs rejects any claim that “Love & Respect,” which has sold more than 2 million copies since 2004, has contributed to abuse. He believes the book and the ministry that shares its name have helped thousands of couples.

Like any book, he said, “Love & Respect” could be misused by people with bad intentions.

The dispute over the book has raised enough controversy that Focus on the Family weighed in. Focus issued a statement last week saying Gregoire had “orchestrated a campaign” to discredit Eggerich’s book. According to the statement, Focus continues to endorse Eggerich.

“The fact of the matter is that we believe Mrs. Gregoire has seriously misread and misjudged various aspects of Love & Respect, and we further maintain that its central message aligns both with Scripture and with the common-sense principles of healthy relationships,” Focus said in a statement.

Focus also said any book, including the Bible, can be misapplied.

“But to the extent that Mrs. Gregoire has shared examples of marriages that have been harmed by Love & Respect, we would submit that the damage has come as the result of one or both spouses twisting and misapplying the text, not as the result of the book’s actual message,” the statement read. 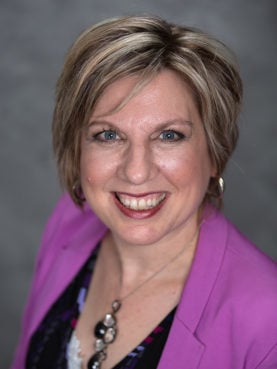 The dispute between Gregoire and Eggerichs and Focus on the Family started — as so many current debates do — with a tweet.

Gregoire, who has just over 16,000 followers on Twitter, posted a message that seemed to be a direct challenge to the main theme of Eggerichs’ book: the idea that a woman’s greatest need is for love, while a man needs respect.

“You know what I appreciate a ton about my husband? That he respects me. Sure, he loves me. But you can love someone and also take them for granted. That feels horrible,” she wrote in January 2019. “When you respect someone, then you treat them as a real, whole person. Women need respect, too.”

Gregoire, author of “The Good Girl’s Guide to Great Sex” and “To Love, Honor and Vacuum,” said she’d been asked to endorse “Love & Respect” from the stage while speaking at marriage conferences in the past. But she’d not read it carefully.

The response to her tweet — and a growing concern she had about the quality of marriage advice being given to Christian couples — convinced her to give the book a closer look.

Since she writes about sex, Gregoire began with the chapter on that topic. She found it troubling and said that the chapter focused primarily on women meeting the sexual needs of their husbands — and seemed to frame sex as a means to an end for women to gain love.

In several cases involving divorce discussed in the book, she said, the husband blamed his wife for the breakup — and sometimes for an affair — because she had withheld sex.

Gregoire ended up writing a review of the sex chapter on her blog.

“That was on a Monday,” she said. “I was just inundated with emails by women who said ‘we read this book and it enabled my husband to abuse me.’”

Over the next few days, Gregoire wrote two additional blog posts — with one focusing on the problem of unconditional respect and and she also recorded a podcast discussing the book.

In response, Gregoire said, she received hundreds of comments, saying that the advice from “Love & Respect” had backfired. The more they tried to respect their husbands, commenters told her, the worse things became.

Gregoire concluded the book’s central message was harmful and robs women of respect. 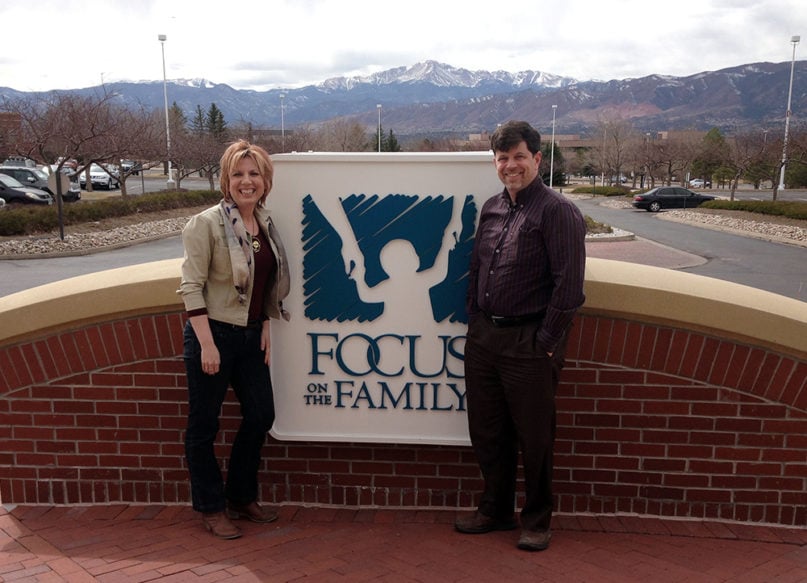 Sheila and Keith Gregoire at Focus on the Family in Colorado Springs, Colorado, in 2016. Photo courtesy of Sheila Gregoire

She eventually compiled a report on the comments and said she sent copies to Eggerichs and Focus on the Family. She also asked Focus to stop promoting “Love & Respect.”

“To me this was a no-brainer,” she said.

She said that Focus ignored her request. But she continued to collect stories from women who said they had been hurt by the book. Eventually, she sent a 5,500-word open letter to Focus on the Family documenting her conclusions and including many of the letters and comments from her readers regarding the book.

He told Religion News Service that he’s heartbroken to hear about cases of abuse. And that’s one point, he said, where both he and Gregoire agree.

“We are on the same page when it regards abuse,” Eggerichs said. “I am as concerned as anyone that people will use things in abusive ways.”

Eggerichs is president of Love & Respect Ministries Inc., a Rockford, Michigan-based nonprofit that conducts marriage seminars and conferences. The organization, which was founded in 2000, has brought in an average of about $790,000 a year in revenue from the sales of resources and services over the past five years.

The main idea of his work is based on a verse found in the New Testament Book of Ephesians: “However, each one of you also must love his wife as he loves himself, and the wife must respect her husband.”

In an interview, he said that respect has its limits.