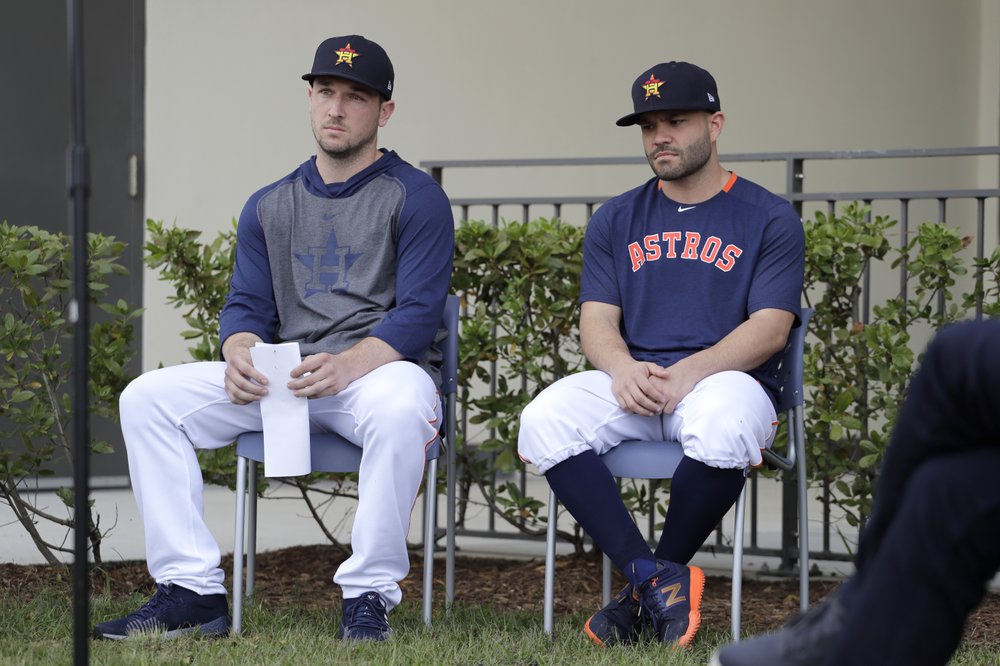 Avoiding any specifics about their team’s sign-stealing during its 2017 World Series championship season, Houston Astros players Alex Bregman and José Altuve apologized Thursday for the scheme that was investigated and punished by Major League Baseball.

And while the clear purpose was to say, “We’re sorry” and hope to move on, Crane raised eyebrows with this statement: “Our opinion is that this didn’t impact the game. We had a good team. We won the World Series. And we’ll leave it at that.”

MLB did not punish any players for the cheating and Crane said he stood by that.

“We’re not going to do anything to the players,” the owner said.

Altuve said there was a full team meeting Wednesday to discuss what happened.

MLB Commissioner Rob Manfred disciplined the Astros after he found the team broke rules by using electronics to steal signs during its run to the 2017 World Series championship and again in the 2018 season.

The Astros were fined $5 million, the maximum allowed under major league rules, and forfeited their next two first- and second-round amateur draft picks.

The investigation found the Astros used the video feed from a center field camera to view and decode opposing catchers’ signs. Players banged on a trash can to signal to batters what was coming, believing it would improve chances of getting a hit.

He said there was nothing to the notion that Astros hitters used buzzers to get information about pitches.

“I truly believe there was no buzzers, ever,” he said.