Pastor Derek Scott Gandy remembers how high in the spirit everyone was at the True Cornerstone Church in Mobile, Alabama, on Friday night after prophetess Alisha Woodard was done preaching.

“She was the speaker that night and she did a fantastic job. The church was so animated and inspired. Everybody was high in the Holy Ghost,” Gandy told The Christian Post Wednesday. “We just had an incredible worship experience that night. It was just fire from Heaven.”

It was the second night of the 2020 Women of God Through Promise Conference at True Cornerstone Church and prophetess Woodard, described by Gandy and his wife, Kula, as a woman in her 20s who recently graduated from college and brought a powerful message.

That night, said Kula, Woodard preached from 2 Kings in the Bible about the story of Elisha the prophet and the Shunammite woman.

In the story, the Shunammite woman shows great hospitality to Elisha so as a reward he prophesies that she would have a son to add to her childless marriage. She gives birth a year later and her son grows up. He eventually gets sick one day and dies, grieving the woman. She then goes back to Elisha for help and the prophet brings her son back to life.

“She was talking about how the Shunammite woman didn’t ask for the son that she received, but when she received that blessing she fought for the blessing that she had received from the man of God and how even when she went to go get the man of God, when the servant even asked how she was doing, she said it’s well. So she kept the faith, she kept pushing on and going on, and when she got to the man of God she just reminded him,” Kula said.

“She was just encouraging us all that even when things like death is all around, even when it seems like the blessing does not look like it’s gonna be there, just keep on pressing toward it.”

Little did the prophetess know that at the end of the service that night she would be forced to wrestle with death after the “devil … showed up in a deadly way,” according to pastor Gandy.

The Mobile Police Department said in a statement that at approximately 11:23 p.m. on Friday, they responded to the church on Halls Mill Road after receiving a report about a person being shot. When they got there, they saw a woman on the ground who had been shot.

The suspect involved reportedly fled the scene as police arrived. He was pursued by authorities and subsequently returned to the church. As officers approached his vehicle, however, the suspect shot himself. His car then crashed into the church. He was pronounced dead at the scene while his wife was taken to a local hospital where she is recovering.

Pastor Gandy and Kula identified the couple as prophetess Woodard and her late husband, Elder Ulysses Woodard. They both led the True Word of Deliverance Church of God in Prichard, Alabama, but for about two weeks now, they had been estranged.

“It (the estrangement) was very fresh,” said Gandy.

Elder Woodard was Gandy’s good friend and mechanic who always knew how to make him and his sons laugh.

What happened on Friday, he said, he never saw coming. Elder Woodard, he said, “wasn’t a monster.” 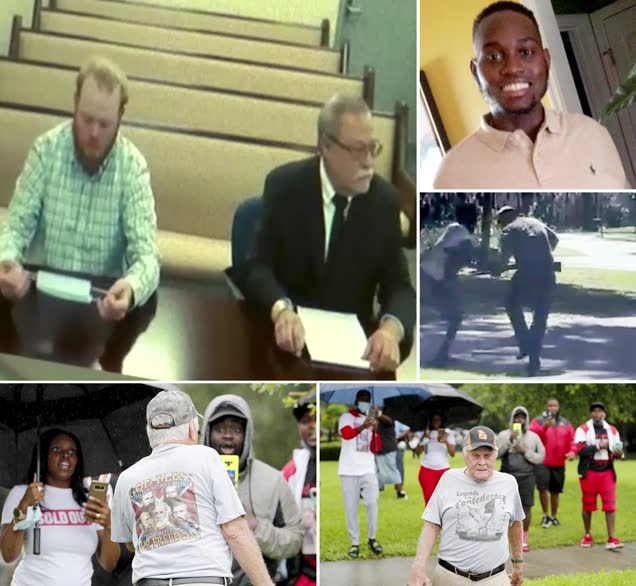