Over 100,000 people have been displaced and at least 700 have died in the majority-Christian country of Mozambique since 2017, as the spread of radical Islamic extremism in Africa is starting to plague the continent’s southeast region.

This month, the U.N.’s High Commission for Refugees said it is boosting its response in Mozambique’s northeastern Cabo Delgado province, an oil-rich coastal region on the Indian Ocean.

Although southeast Africa was once considered relatively peaceful compared to its counterparts in the north, there’s concern that the region is becoming a foothold for militants that appear to be aligned with the Islamic State.

The Institute for Security Studies, an Africa-based think tank, published a report last month stating that as many as 350 terror incidents have occurred in Mozambique since the local jihadi group Ahlu Sunnah Wal Jammah simultaneously attacked police and military bases in October 2017.

However, the UNHCR warns that the most recent weeks have proved to be the most “volatile period” as attacks are now spreading across most of Cabo Delgado’s 16 districts.

Cabo Delgado is one of the least developed regions in the country. According to UNHCR spokesperson Andrej Mahecic, hundreds of villages have been burned and abandoned because of the “indiscriminate campaign of terror.”

“Armed groups have been randomly targeting local villages and terrorizing the local population,” Mahecic said at a press briefing earlier this month in Geneva, Switzerland.  “Those fleeing speak of killings, maiming, and torture, burnt homes, destroyed crops and shops.”

Mahecic explained that there have also been reports of beheadings, kidnappings, and disappearances of women and children. Mahecic said the attackers, at times, warn locals when and where they will attack, causing a mad rush of residents to flee those areas.

As attacks are spreading southward across the province, the U.N. notes that many in the provincial capital of Pemba are starting to flee.

Bishop Luiz Fernando Lisboa of the Diocese of Pemba told the Catholic Charity Aid to the Church in Need that one attack in the region targeted an agricultural teacher training school in Bilibiza with over 500 students.

“The school was burned down, then [the attackers] smashed up other shops and businesses nearby,” the bishop said. “It is a sad fact that the military and security forces are unable to contain these attacks without international support. If the government had done something to improve conditions, then perhaps this problem would have been resolved, but instead many people are dying.”

Lisboa warned that as villages are being vacated entirely, no one is left to plant crops.

“That means that there will be hunger, and we will have thousands of internally displaced people,” he warned. 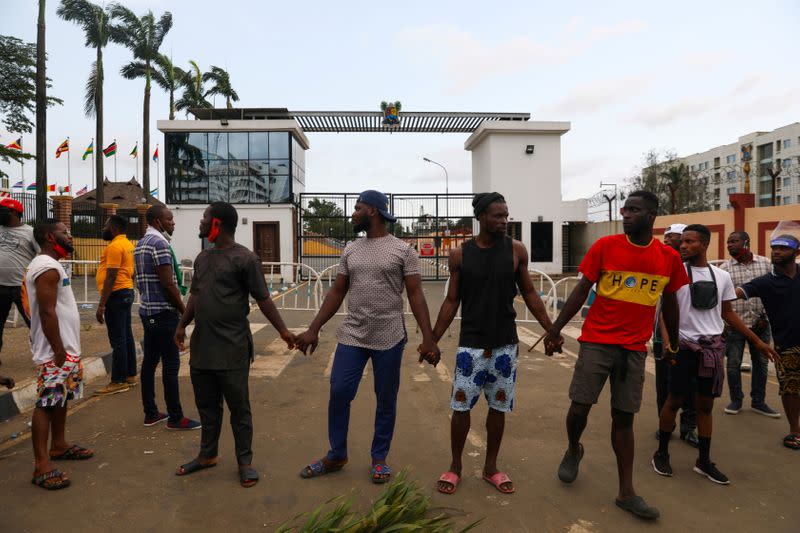