India has been embroiled in protests since December, when Parliament passed a bill amending the country’s citizenship law. The new law provides a fast track to naturalization for some migrants who entered the country illegally while fleeing religious persecution. But it excludes Muslims, which critics say is discriminatory and a violation of India’s Constitution. Here’s a brief look at how India has grappled with citizenship:

IT STARTED WITH PARTITION

British colonialists’ split of the Indian subcontinent in 1947 into Hindu-majority India and Muslim-majority Pakistan triggered the world’s largest human migration. Millions of Muslims left India for western and eastern parts of newly-created Pakistan and likewise Hindus and Sikhs made their way to India. About a million people were killed in sectarian violence during the crossing. More than 70 years later, the status of hundreds of thousands of people who descended from those migrants continues to be in limbo.

SO HOW DID INDIA DETERMINE WHO WAS A CITIZEN?

Thousands of people — either legitimately or by bribing officials — were given Indian identification documents like ration cards and election registration cards. The first census of India was held in 1951 and the Citizenship Act came into force in 1955, setting rules for Indian citizenship on the basis of birth, descent and registration.

FURTHER GUIDANCE IS GIVEN

The Citizenship Amendment Act of 2003 said anyone born in India between 1950 and 1987 was an Indian citizen, as well as those born between 1987 and 2003 to at least one Indian citizen parent. Foreign nationals could pursue naturalization after 11 years of residing in India.

WHAT DOES THE NEW CITIZENSHIP LAW CHANGE?

Prime Minister Narendra Modi Hindu nationalist-led government pushed through a bill to give citizenship rights to some migrants who while fleeing religious persecution entered India illegally from Muslim-majority Pakistan, Bangladesh and Afghanistan on or before Dec. 31, 2014. The law applies to Hindus, Christians, Jains, Parsis and Buddhists. People of other faiths and nationalities still have to wait 11 years.

It marks the first time that India, a secular state with a religiously diverse population, has set religious criteria for citizenship.

ROOTS IN ANOTHER MASS MIGRATION

Hindu-Muslim riots in 1964 in what was then East Pakistan led to an exodus of Bengali Hindus across the border into India. A war between India and Pakistan in 1965 and the breakup of Pakistan in 1971, with the eastern portion becoming an independent Bangladesh with the help of the Indian army, led to fresh waves of refugees crossing into India.

Acting on a petition, the Supreme Court ordered state authorities to count and verify citizens. The process began in 2015 and concluded last summer with a list that excluded nearly 2 million of Assam’s residents. About half of those were Hindu and the other half Muslim.

Those excluded must now prove their citizenship at quasi-legal tribunals or else be considered foreigners. The new citizenship law is seen as a way to provide excluded Hindus with a path to citizenship.

Modi’s government has proposed expanding the verification of citizenship around the country. The government has neither estimated the number of migrants in India illegally nor stated whether those deemed foreign will be detained, deported or allowed to stay on without the rights and privileges of citizenship. In the past, those deemed to be foreigners have been transferred to detention centers, where they have languished for years in legal limbo.

Nearly 60 petitions challenging the new citizenship law are pending with the Supreme Court, and protests have erupted across India. The protests have brought tens of thousands of people from different faiths and backgrounds together, in part because the law is seen as part of a larger threat to the pluralistic social fabric of Indian society. Five of India’s 28 states — West Bengal, Punjab, Kerala, Madhya Pradesh and Chhattisgarh — have said that they will not implement the new law. Modi’s party downplays the protests, saying they are orchestrated by opponents. 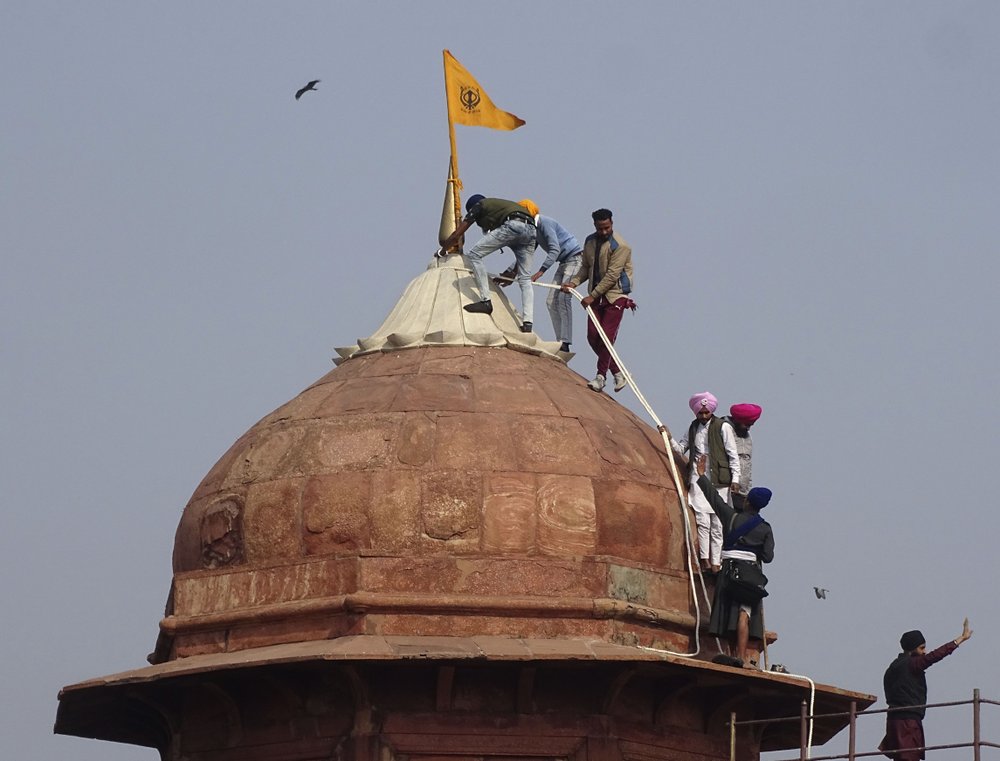