Today, thousands gather to march in support of life in Washington, D.C.

March for Life President Jeanne Mancini leads the crowd of pro-life activists to challenge the cultural narrative that abortion empowers women. The theme for this year’s march is: “Life Empowers: Pro-Life Is Pro-Woman.”

Several students from Colorado Christian University shared their personal experiences and reasons for participating in today’s March for Life. You can read their statements below:

Why I March
By Cassandra McDonald

The reasons I am attending the March for Life have two names: Toby and Boaz. They are my brothers and both have Down syndrome. I could not imagine my life without them. Today’s world preaches acceptance, yet we still are not accepting of those around us with disabilities. We limit them, we separate them, and worst of all, we do not give them a chance at life.

According to the Down Syndrome Guild of Greater Kansas City, the abortion rate of babies with a confirmed diagnosis of Down syndrome is about 75%. This equates to having approximately 30% fewer babies born with Down syndrome, as stated in the American Journal of Medical Genetics.

My family adopted both of my brothers from countries outside of the United States. I am so grateful that their mothers chose life, and I wish every pregnant mother understood there are options other than terminating the pregnancy, and one of those is adoption. My life has been transformed by the power of adoption. If you would have met me 10 years ago, you wouldn’t even recognize me because I didn’t have the light, the joy, the laughter in my life that I do now because of my adopted brothers.

Since adopting my brothers, we have had the privilege of meeting many other families who have had biological children with the Down syndrome diagnosis. Some of these families knew the diagnosis before birth and some did not. They all agree that they cannot imagine their lives without their family member with Down syndrome.

Cassandra McDonald is an undergraduate student at Colorado Christian University. She is traveling to Washington, D.C. this week with 200 of her peers to the March for Life on the National Mall, Friday.

A Life-Changing Experience
By Sam Oldfather

This is my second year traveling from Colorado to Washington, D.C. for the March for Life, and it has radically changed my life. A year ago, I was wondering whether I was pro-choice or pro-life, but the 2019 march transformed my view of the value of the womb. I believe that I was pro-choice because I did not fully understand the science that life starts from the moment of conception. As a Christian, my faith also tells me life begins way before birth. Psalm 139:13 (NIV) states, “For you created my inmost being; you knit me together in my mother’s womb.” This verse holds true with the knowledge that someone’s little hands, feet and heart are all developed in the womb. The women I know who have had an abortion have shown remorse about their decision. My job, as I follow Christ, is to show love and grace to these women and men who have lost their child. As I march for the second time, I want to spread the message that everyone is valuable and has a right to live, no matter the age. The worst thing we can do is show hatred and anger toward those who have had an abortion. The reason I am going this year is so I can stand for the unborn babies who can’t speak yet and to show love and care for those who regret their abortion. I want to walk beside these women and advocate for life.

I believe this march makes a difference in people’s lives. It did in mine, and I hope to help someone else come to support pro-life movements like this one. One life at a time can seem like a small task, but when you have a whole group from a university marching for the unborn, one life becomes hundreds.

Sam Oldfather is an undergraduate student at Colorado Christian University. She is traveling to Washington, D.C. this week with 200 of her peers to the March for Life on the National Mall, Friday. 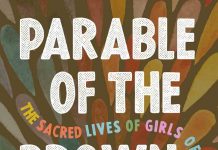 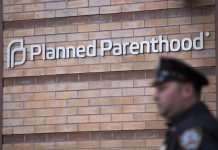 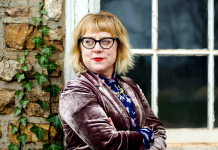 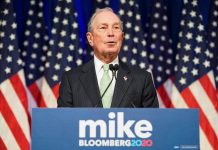 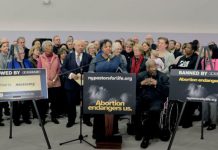