Britain officially leaves the European Union on Jan. 31 after a debilitating political period that has bitterly divided the nation since the 2016 Brexit referendum.

Difficult negotiations setting out the new relationship between Britain and its European neighbors will continue throughout 2020.

This series of stories chronicles Britain’s tortured relationship with Europe from the post-World War II years to the present.

Edward Heath, who became Britain’s Conservative prime minister in 1970, made gaining membership in the European Economic Community a key objective.

Charles de Gaulle’s successor as France’s president, Georges Pompidou, was far more amenable to British membership and in 1973 Britain finally joined the bloc. At first glance, it looked like Winston Churchill’s call for a “United States of Europe” in a 1946 speech was finally coming to bear.

But with the opposition Labour Party becoming increasingly conflicted over Europe, Britain’s accession wouldn’t be smooth.

Coming to power a year later, Labour leader Harold Wilson thought a referendum would overcome the cracks in his party and keep his government, which had a wafer-thin majority, in power. That referendum, Britain’s first-ever national plebiscite, was held in June 1975.

The campaign proved a fairly lackluster affair, as the country’s focus was more on the parlous state of the British economy, with its sky-high inflation and widespread union unrest, than on European developments.

At the time, the people of Britain were looking for economic salvation and the thriving economies in mainland Europe provided one panacea.

In contrast, Britain’s 2016 Brexit referendum on EU membership came when Britain was outperforming its neighbors, many of whom were struggling to emerge from an acute debt crisis that nearly spelled the end of the shared euro currency that Britain had opted out of a quarter of a century previously.

In 1975, with the leaders of all of Britain’s main parties backing the European cause, the result of the referendum wasn’t even close. A 2-to-1 public majority said “yes” to the question “Do you think that the United Kingdom should remain part of the European Community?”

Every U.K. region voted to stay in Europe but Scotland and Northern Ireland were the least enthusiastic. That’s another contrast to the 2016 Brexit referendum, when both voted to remain in the EU as opposed to voters in England and Wales who wanted to leave.

With the 1975 vote, Britain had finally resolved the European issue and was a fully engaged member of the camp.

But the divide over Europe within the Labour party didn’t go away, with many ministers viewing the EEC as incompatible with their visions of socialism. That fissure, among others, would weaken the Labour government and pave the way for the 1979 election of Margaret Thatcher’s Conservatives.

UK’s goal: to give 1st COVID-19 shot to all adults by September 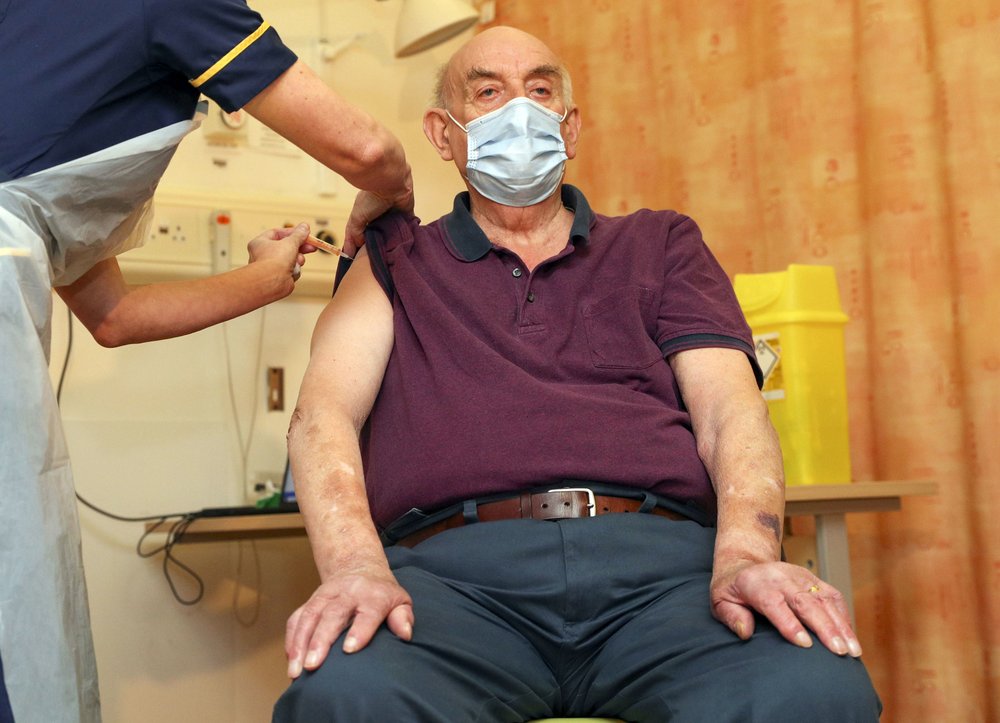