India’s top court on Wednesday began hearing dozens of petitions seeking the revocation of amendments to the citizenship law following nationwide protests and a security crackdown that led to more than 20 deaths.

The Supreme Court would not grant a stay before hearing from the government, which has argued the law is a humanitarian gesture allowing citizenship for people fleeing religious persecution in Muslim-majority Pakistan, Bangladesh and Afghanistan.

The law Parliament approved in December sparked vehement opposition. Protesters, political opponents and constitutional lawyers have said it is discriminatory because it excludes Muslims.

The protests, nationwide and numbering in the tens of thousands, appear to be the fiercest public criticism Prime Minister Narendra Modi’s Hindu nationalist-led government has faced.

Modi’s party has downplayed the protests as orchestrated by opponents. His powerful Home Minister Amit Shah said the government will not retreat on the law.

“Those who want to protest may continue doing so,” Shah said Tuesday at a public rally in Lucknow.

Most of the petitions being heard at the Supreme Court argue that by excluding Muslims, the law undermines the first sentence of the preamble to the Indian Constitution, which defines the country as secular, and violates Article 14, which guarantees equality before the law.

“We believe the court will certainly take into consideration the views expressed by all these sections of people, and they will come to a conclusion that it (law) is against the Constitution of India,” said petitioner K M Kader Mohideen.

Modi’s government and proponents of the changes say Muslim immigrants still could attain citizenship through the existing naturalization process.

Modi’s Bharatiya Janata Party-led government and its legal experts are banking on exceptions in the constitution that allow a law to make a reasonable classification if it is not arbitrary and directly relates to the law’s objective.

“Because it is a well-drafted legislation, with a specific purpose, for a specific group of people, there is really no problem on it passing the muster,” said Aishwarya Bhati, a senior advocate at the Supreme Court who supports the government’s move.

Those who oppose the law believe the government will argue the law’s classification is not based on an immigrant’s religion, but on religious persecution in the three countries.

“If you discriminate on the grounds of religion, that itself is prohibited in the Constitution,” said Colin Gonsalves, a senior advocate at the Supreme Court of India and founder of the Human Rights Law Network, which filed two of the petitions.

Gonsalves, however, said it is unlikely judges will strike down or alter the law, echoing the fears of many Indians who oppose the law and are questioning the court’s independence.

“The Supreme Court is no longer the beacon light of democracy in India,” Gonsalves said. “Judges today are political, liaised, in a wrong way, that is, towards government.”

Critics also say that the new citizenship law discriminates because it lowers the minimum residence requirement to five years for Hindu, Sikh, Buddhist, Jain, Parsi and Christian migrants, while keeping it at 11 years for Muslims and other religious groups.

India has a vast, undocumented immigrant population among its 1.3 billion people, with many of them living in the country for generations.

In the northeastern state of Assam, the center of sometimes-violent opposition to immigrants from neighboring Bangladesh, the government last year said 1.9 million people had failed to prove their Indian citizenship.

Those people must make their case for citizenship in front of quasi-legal tribunals, and could be detained or deported if the tribunals deem them foreigners.

Rachel Chimits on How a Childless Woman With a Disabled Husband Became a Businesswoman in India With the Help of God and Her Christian... 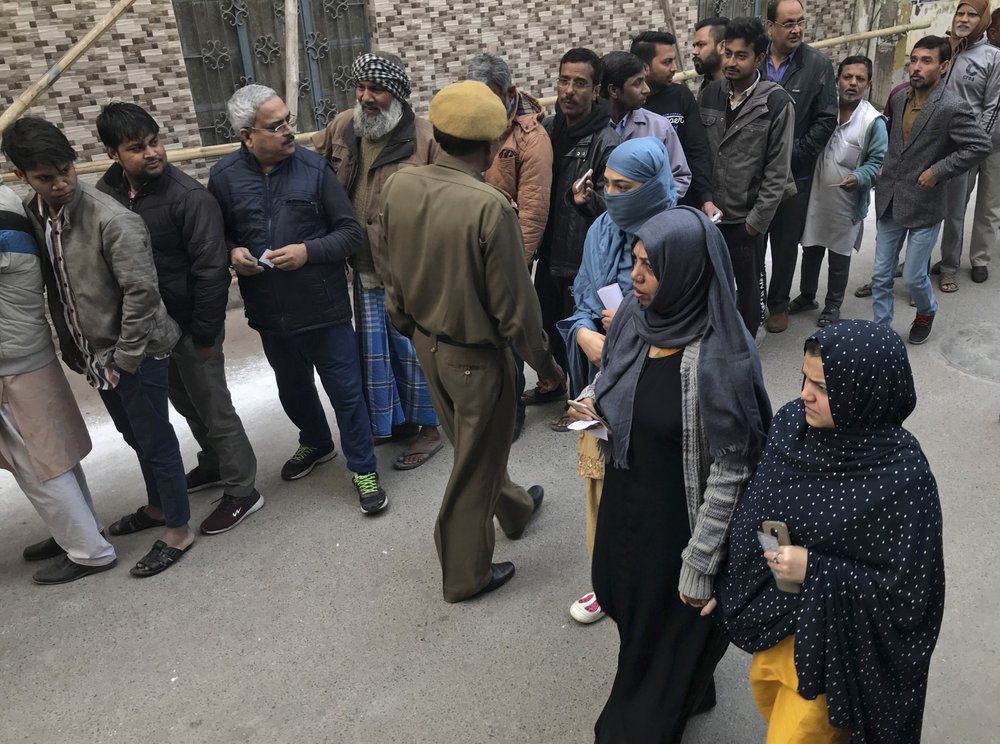 New Delhi votes with Modi’s popularity on the line

10-Year-Old Girl Fights for Her Life After Being Raped, Beaten With Stones, and Buried Alive in Latest Assault in India