On Saturday, Aimee Powell was admitted to the hospital after the singer called the ambulance. Powell said his wife kept complaining of an unbearable headache.

“After a CT scan they found bleeding on her brain and believe it is an aneurysm. She is going through a procedure right now to find the problem. The doctors seem optimistic. Please pray!!!,” he wrote on Instagram on Sunday.

Later in the day, the “Soul on Fire” singer explained that doctors put two coils in his wife’s brain to help “keep the aneurysm from bleeding and possibly rupturing. Her head is hurting really bad. She’ll be kept for many days to be tested and monitored,” he explained.

Y’all please pray for my love, Aimee! Early this morning her head was hurting terribly. I called 911 and the ambulance took her to a local hospital. After a CT scan they found bleeding on her brain and believe it is an aneurysm. She is going through a procedure right now to find the problem. The doctors seem optimistic. Please pray!!! @macandaimee #pray4aimee

Many of Powell’s Christian entertainment peers flooded his social media with prayers. The musician has continually been giving all of his supporters updates on Aimee’s condition with his latest post revealing that his bride is still in a lot of pain in her head.

“They have given her meds for it but nothing will completely help,” he wrote on Sunday evening. “They say the pain is going to be there. Eventually, as the blood from the rupture leaves her brain it will work its way down to the neck and then her back. She’s getting a lot of rest- unfortunately, it’s usually only about 10 minutes of uninterrupted time with all the doctor and nurse visits and the alarms and beeps from the monitors.” 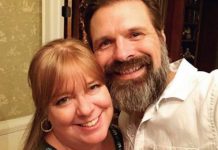 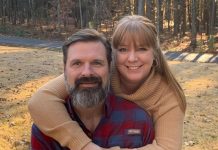 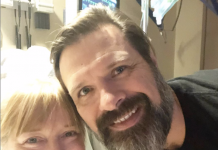 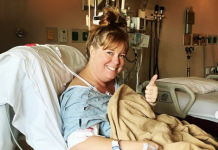 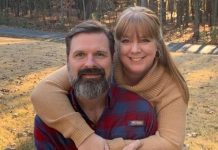