BARAK: Blessing the Lord • This Hebrew word for praise (pronounced baw-rak’), refers to making an action of thanksgiving (a verb) rather than a thing to be given or created. It is most commonly translated to mean either “kneel” or “bless.” It is contained in 289 verses, only 68 of which are in the Psalms.

One unique feature about this biblical word for praise is it is something we do for God, He does this for us and we do it for one another. It takes place in both formal and informal settings, publicly and privately. It is a form of praise that God commands us to do. God blessed the Sabbath day itself and made it holy. Generally when the Bible refers to God doing this for others, it is in a tangible form, as in a gift. When we do this for God, it is more of an act of thanksgiving and acknowledgment for who God is and what He has done. God specifically promises to do this for people who are generous and for those who trust in Him.

In the various scriptural examples of people doing this, it is generally described as bowing down, lying down or kneeling while lifting hands and doing homage verbally. When it was done for other people, the person doing the action typically stood with raised hands, and the recipient often bowed or knelt. (Picture someone being knighted by a king.) In the early middle ages, the church depicted this by crossing their arms over their chests as a sign of reverence. This later turned into folding one’s hands. While we still occasionally kneel, other actions that depict this includes bowing our heads. 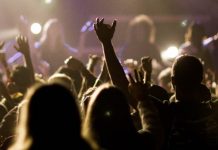 Michael Brown on Whatever Happened to Upbeat Praise Songs? 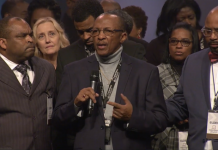 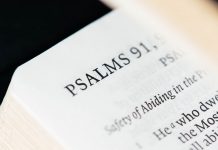 Courtney Reissig on Letting the Psalms Be Your Guide This Advent 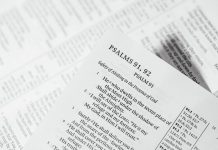 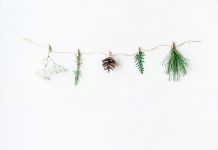 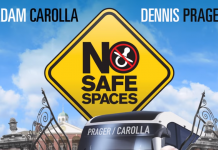 Brandon Showalter on “No Safe Spaces” Shows Why We Must Confront Those Who Attack Free Speech in U.S.