Nearly 180 evangelical leaders across America signed a letter sent to the president of Christianity Today (CT) on Sunday morning condemning an op-ed the popular Christian magazine’s editor-in-chief published on Thursday that called for the removal of President Donald Trump over his “profoundly immoral” dealings with Ukraine.

Evangelical Christians have overwhelmingly supported Trump since 2016 and the CT editorial prompted speculation that the impeachment had begun to hurt the president with one of his most loyal constituencies.

“The editorial you published, without any meaningful and immediate regard for dissenting points of view, not only supported the entirely-partisan, legally-dubious, and politically-motivated impeachment,” the letter read, “but went even further, calling for Donald Trump not to be elected again in 2020 when he certainly survives impeachment.”

“Your editorial offensively questioned the spiritual integrity and Christian witness of tens-of-millions of believers who take seriously their civic and moral obligations,” it continued.

The group, who called themselves “Bible-believing Christians and patriotic Americans,” went on to say that they are grateful that Trump has “sought our advice” to advance policies that “protect the unborn, promote religious freedom [and] reform our criminal justice system.”

Rev. Rick Amato, one of the signatories, from Dream Believe Institute in Wellington, Florida, confirmed to Newsweek that the letter was sent to CT on Sunday morning. Speaking about the publication’s op-ed, Amato asserted that it inaccurately led the public to believe that all evangelicals held the same beliefs critical of Trump and that it breached the religion’s teachings of forgiveness.

“Unfortunately, it’s the magazine’s own name that left the impression that it speaks for all of Christianity, but that couldn’t be further from the truth,” he said. “Whether the president did something wrong or not, even if he did and it’s immoral, it required forgiveness and it requires a hand reaching out if you’re a Christian.”

Amato said that his fellow signatories believe that “Jesus didn’t judge people” like CT did to Trump in the op-ed. “Our language is truth, our law is love and when it comes to politics, we don’t go around pointing the finger and judging people,” he said, adding that “it’s not what Christianity Today believes.”

“What they did, it was insidious,” he added. “I would think that a news magazine that called itself Christianity Today would be writing about the marginalized, the poor and suffering.”

Newsweek reached out to Christianity Today for comment but did not hear back in time for publication.

In the scathing Thursday CT op-ed, titled “Trump Should Be Removed from Office,” Galli told readers that the magazine advocated for former President Bill Clinton’s removal from office in 1998 over his “failure to tell the truth.”

“The words that we applied to Mr. Clinton 20 years ago apply almost perfectly to our current president,” Galli wrote. “Whether Mr. Trump should be removed from office by the Senate or by popular vote next election—that is a matter of prudential judgment. That he should be removed, we believe, is not a matter of partisan loyalties but loyalty to the Creator of the Ten Commandments.”

Trump fired back at CT on Friday morning in a tweet, where he called the publication a “far left magazine” that wants a president who would “take your religion & your guns.”

Later that day, Galli defended his op-ed in an interview on CNN. “Well, I suppose I’m somewhat complimented that the president thought it was worth commenting on. Naturally, I disagree with him on about seven or eight different levels,” he told host John Berman.

Laci Swann on Does God Allow Pain and Suffering or Is It Also Based on Free Will? 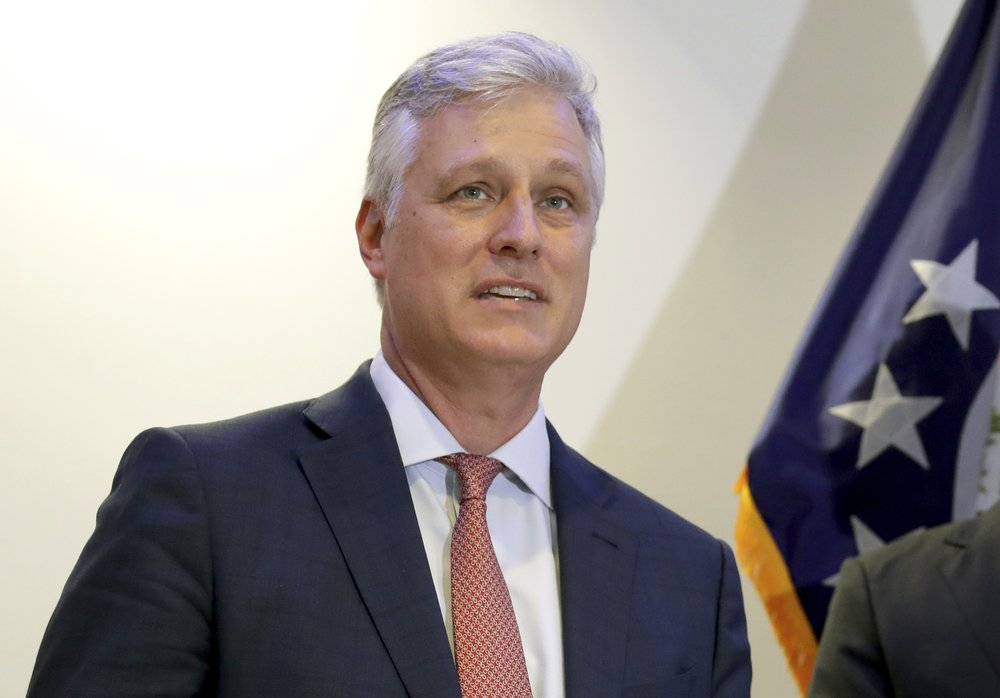