PHILADELPHIA — Until Saturday, Navy’s Malcolm Perry had one major blemish on his record-setting football career: He had never beaten rival Army.

That changed Saturday at Lincoln Financial Field where the senior quarterback continued his record-setting season in the Midshipmen’s 31-7 win over the Black Knights in the 120th Army-Navy game.

“Coming into this season, personally that (winning today) was my biggest goal,” Perry said, “Of course I wanted to have a great season … accomplish a lot of great things … but for me, personally, this is the biggest game that I’ve ever played in my life.”

“We didn’t win the last three games, but that makes this win even more sweet,” said Perry, the last player to leave the field after the game.

Miss the nationally televised game? Here’s what you should know:

Perry continued his assault on the Navy record books. He rushed for 304 yards, his all-time single-game high and the most ever in the Army-Navy series.

His 55-yard touchdown run that tied the game 7-7 with 13:34 left in the second quarter and his 15-yard touchdown run concluded the game’s scoring with 1:42 left. Before halftime, Perry had surpassed Will Worth to become the school’s all-time single-season total offense leader with 1,804 yards and surpassed Napoleon McCallum to become Navy’s single-season rushing leader with 2,831 yards.

He also logged his 20th rush of 20 yards or more, tops in the nation.

Additionally, Perry has now run for 100 yards or more in nine consecutive games and 10 total this season, another school record. Both are school records.

“From a running stand point, he’s the greatest running back I’ve coached at the academy,” Navy coach Ken Niumatalolo said. “His running instincts are as good as I’ve ever seen.”

It wasn’t Perry’s first big game against Army. It marked the second time he had rushed for at least 250 yards against the Black Knights. He had 250 yards and a touchdown two seasons ago.

The Midshipmen edited the Philadelphia Eagles’ Super Bowl playbook – and in the NFL team’s home stadium — to take the lead.

Tied 7-7, Navy faced first down at the Army 1-yard line with 13 seconds left before halftime. Out of timeouts, Perry handed the ball off to wide receiver Chance Warren who then completed a touchdown pass to fullback Jamale Carothers on the right side of the end zone.

It was similar to the “Philly Special” that the Eagles used in their 41-33 win over New England in Super Bowl LII when running back Corey Clement took the snap, handed off to receiver Trey Burton who then tossed a touchdown pass to quarterback Nick Foles.

While the position’s roles were different, the results were the same. The late second-quarter touchdown provided momentum for both teams in their victories.

Niumatalolo credited offensive coordinator Ivin Jasper with designing the play, which was put into the playbook just for the rivalry game.

“It was off the Philly special,” Niumatalolo said. “It was kind of appropriate to run it here. We changed it to the ‘Navy Special.’ It was great execution. It was a heckuva catch by Jamale.”

“I kind of expected it when we got down there,” Perry said. “It was a big play of the game. We were pretty confident in the play. We practiced it a lot all week.”

Niumatalolo said that Jasper predicted the play would be big. “When Coach Jasper designed the play, he said ‘This play is going to win the game for us.’ “ 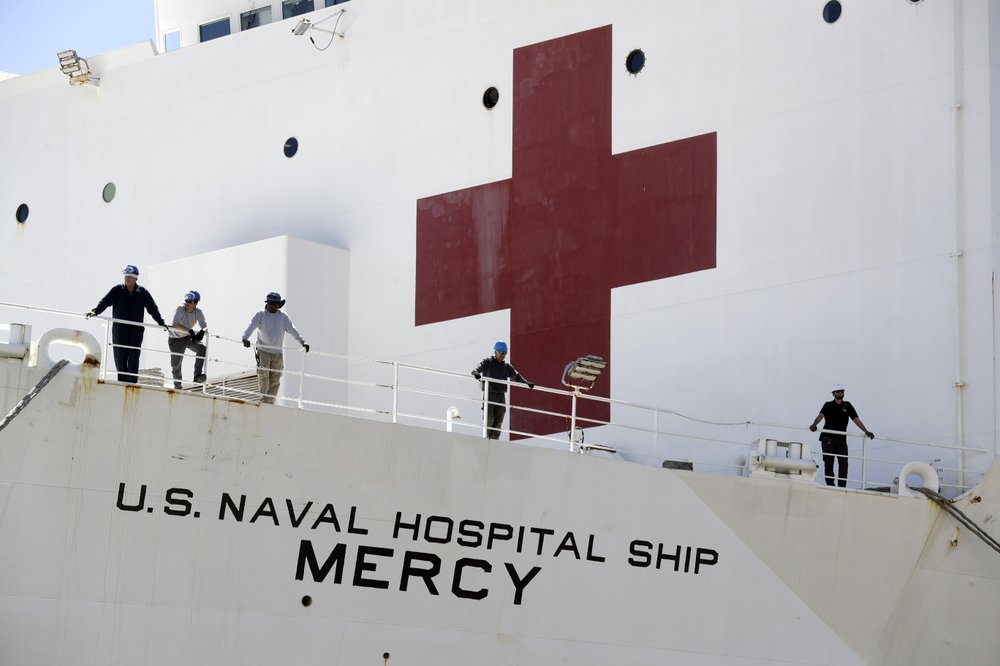 Army Colonel Testifies He Raised Concerns About Ukraine and Trump