Rasool Berry is the teaching pastor at Bridge Church in Brooklyn, serves with Cru, and lives in Crown Heights, Brooklyn.

The recent prolonged firefight in Jersey City left six people dead and raised again the ugly specter of anti-Semitism in America. One of the two assailants who attacked a kosher supermarket was said to have written anti-Semitic posts and has been part of an organization known as the Black Hebrew Israelites that spreads anti-Semitic teachings.

This is the second time this year when the group has come to public attention. The first occurred when a video went viral showing Covington Catholic High School student Nick Sandmann in conversation with Nathan Phillips, a Native American activist, at the Lincoln Memorial. The Washington Post eventually discovered that both Sandmann and Phillips had been goaded and preached at by “a small band of Hebrew Israelites.”

This group, despite and perhaps because of their hate-filled rhetoric, reveals some of the complexity of black-Jewish relationships in America today. My own Christian faith and black identity have made me grasp these tensions even more deeply. And it’s not just me. A recent study conducted by Lifeway Research shows the same.

I appreciate the common ground my black community shares with the Jewish community. Both have endured a history of oppression and a history of resisting the evils of prejudice and discrimination. In many ways, the horrors of the transatlantic slave trade and the Holocaust, as well as the racist and anti-Semitic narratives that drove them, frame our imaginations. In addition, black Christians resonate with the God of the Hebrew Bible (what Christians call the Old Testament) and hope in the same stories of faith and liberation.

Years ago, as a student at the University of Pennsylvania, I participated in a group, Alliance Understanding, which brought together black and Jewish students for dialogue and cultural exchange. Our immersive learning experience culminated in a trip to the main Hasidic synagogue in Crown Heights in Brooklyn and the historic, black Abyssinian Baptist Church in Harlem, which fostered conversations that I’ll never forget.

At the same time, relationships between blacks and Jews have not been without tensions. I have found at times that the points of divergence are more apparent than those of convergence. Sometimes the rush to claim or assume “sameness” of my black experience prevented my Jewish friends from appreciating our historical differences.

The Israel-Palestine conflict is not the primary measure of the state of black-Jewish affairs, but it is significant marker. The Lifeway study, sponsored by the Philos Project, an organization committed to “promoting positive Christian engagement in the Middle East,” found that 7 out of 10 black people “sympathize equally with the hardships Israelis and Palestinians face.” dship. And 42 percent of those surveyed responded “Not sure” to statements like “Israel denies Palestinians basic human rights.” At the same time, 42 percent of African Americans surveyed viewed Israel in a “positive way” while 32 percent were unsure.

Such findings reveal not only the diversity of views within the black community, but also uncertainty about issues facing Israel and Jews. Historically, blacks and Jews have had a close and productive relationship as minorities in the United States. But the relationship has also been fraught with tensions. It’s a complexity I have experienced personally as an African American who lives in Crown Heights, where the two major demographics are ultra-orthodox Lubbavitch Jews and Afro-Caribbeans, and where tensions between the two flared up over 25 years ago.

Historically, if you were critical of Israel, especially if you believed that Jews had disproportionate influence in the US, you were considered anti-Semitic. However, in a racialized society that privileges whiteness, “disproportionate influence” can often be more an expression of race. And yet, it’s without question that antagonism toward Jews and resistance to a Jewish state has a long history. In Nehemiah 2:10 we read:

When Sanballat the Horonite and Tobiah the Ammonite official heard about this, they were very much disturbed that someone had come to promote the welfare of the Israelites.

It’s a pattern we unfortunately witness throughout the centuries and tragically has re-emerged recently in terrorist attacks. At the white supremacist march in Charlottesville in 2017, organizers chanted, “Jews will not replace us!” This legacy of anti-Semitism spreads with a sinister twist today in the teachings of many of the sect known as the Black Hebrew Israelites.

Kendrick Lamar’s highly acclaimed 2016 album, DAMN, became a watershed moment in awareness of this group. Its teachings were featured in the album’s interludes and lyrics, bringing national awareness to the previously obscure group that had been known mostly in New York City. While Lamar himself has not identified himself with this sect, the album caused urban ministers like myself to respond.

In their just pursuit for dignity, members have pressed the black identification with the Jewish people too far. They make the controversial, provocative claim that more or less goes like this: “Not only can Black people draw inspiration from the Jewish people in the Exodus, we are the people of this story, the real Jews.” The Black Hebrew Israelite claim is not simply that some Jews were of African descent (which is true), but also that modern-day Jews descending from Europe (and white people more broadly) are despised Edomites, the hated rivals of the Jewish people in the Old Testament. Black Hebrew Israelites accuse most Jews (especially those who are white) of being impostors, who stripped the true Jews (the African Diaspora who suffered from the transatlantic slave trade) of their identity.

This group is growing, though its social media and internet presence is disproportionately larger than its actual population. Lifeway recorded that 4 percent of the black people it surveyed identified as Black Hebrew Israelites. That would make their population 1.6 million. It’s hard to extrapolate like this based on one survey, but urban apologists like former Hebrew Israelite Muhammad Tanzymore and author Vocab Malone (who wrote a primer on the topic) have shown that this group is one of the fastest-growing sects in the black community. It represents a vocal minority of black people whose appropriation of Jewish identity poses a unique challenge to black-Jewish relationships. 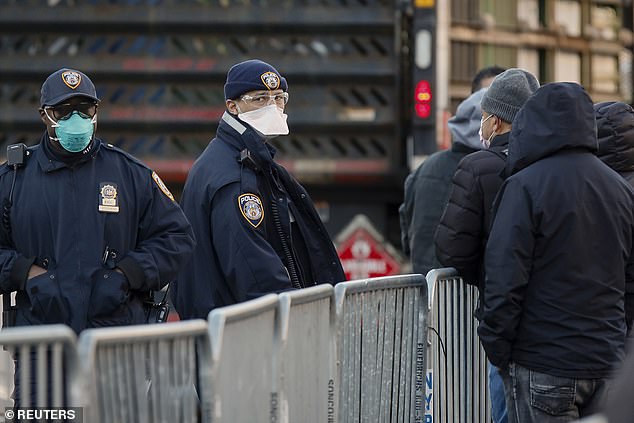