Six Saudi nationals were detained for questioning Friday near a naval air station in Pensacola, Fla., after a Saudi gunman opened fire there, killing three people before being shot dead by officers, a senior U.S. official told Fox News.

The FBI, which is leading the investigation into the shooting — which took place Friday morning at Naval Air Station (NAS) Pensacola in Florida — declined to reveal the identity of the shooter in the early stages of the investigation, but a U.S. official told Fox News the gunman was an aviation student from Saudi Arabia named Mohammed Saeed Alshamrani.

Alshamrani was said to be a student in a U.S. Navy training program for foreign military personnel.

That program is aimed at “immersing international students in our U.S. Navy training and culture” to help “build partnership capacity for both the present and for the years ahead,” Cmdr. Bill Gibson, the center’s officer in charge, said in 2017. “These relationships are truly a win-win for everyone involved.”

But Friday’s events caused many officials and lawmakers to call for deeper scrutiny of the security measures and vetting that goes into selecting trainees.

Sen. Rick Scott, R-Fla., wrote on Twitter that he is calling for a “full review” of the Navy training programs after investigators said they were exploring the possibility that the attack is related to terrorism.

“I’m very concerned that the shooter in Pensacola was a foreign national training on a U.S. base. Today, I’m calling for a full review of the U.S. military programs to train foreign nationals on American soil. We shouldn’t be providing military training to people who wish us harm,” Scott wrote.

U.S. Sen. Marco Rubio, R-Fla., wrote on Twitter that Friday’s events “exposed some serious flaw” in the vetting process that trainees undergo before entering the program. 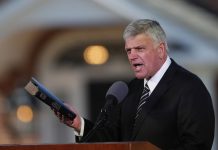 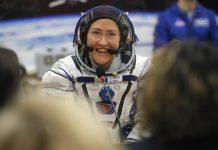 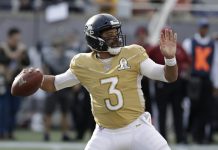 After Death of Kobe Bryant and His Daughter, Russell Wilson Leads NFC Pro Bowlers in ‘Prayer for His Family’ 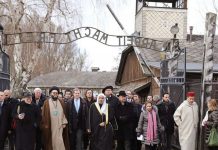 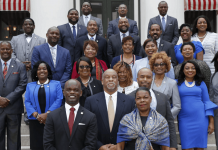 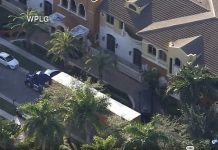 Antonio Brown Locks Himself in His Florida Home After Cops Said They Wanted to Speak to Him About Assault on Truck Driver, as Troubled...