Three people died in a shooting outside a Walmart in Duncan, Oklahoma, when a man shot his wife and her boyfriend before killing himself, police said Tuesday.

Video footage reveals that Vescio Varela and Perkins entered Walmart and went to the store’s money center. When they returned to their car, Varela got out of a car parked in front of them and fired several rounds into the windshield before shooting himself.

Both Varela and Vescio Varela were residents of Duncan, a city of approximately 25,000 people about 80 miles south of Oklahoma City. Perkins was a resident of Minco, about 60 miles away.

Despite initial reports that a man with a gun intervened to end the shooting, police said the man approached the scene after Varela had already turned the gun on himself.

“We believe he did not actually get in contact with Varela. Mr. Varela had already turned and shot himself,” lead investigator Lt. John Byers said at a press conference Tuesday.

There was never a shooter inside the store.

“It appears right now to be a domestic dispute,” Byers said.

The investigation is ongoing.

There’s a devil loose: Two beautiful little girls, 6 and 9, are left dead after their father, 32, with a history of domestic violence... 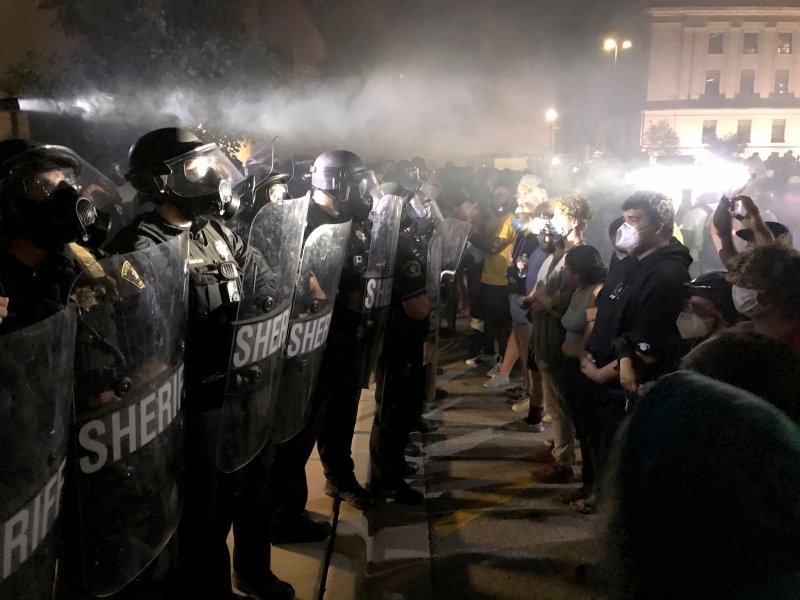