The Duke of Sussex has praised the England rugby team for an ‘outstanding job’ and urged them to hold their heads high after their dreams of Rugby World Cup victory ended in disappointment.

Harry, who joined Japan’s Crown Prince Akishino in the stands for the final in Yokohama, said the players should be ‘incredibly proud’ of their achievement, despite their 32-12 loss to South Africa.

‘Tonight was not England’s night,’ the duke said, in a message posted on the Sussex Royal Instagram account.

‘But the whole nation is incredibly proud of what @EnglandRugby have achieved over the past few months,’ he added.

‘Hold your heads high boys, you did an outstanding job and we couldn’t have asked more from you.’

After the match, Harry paid a visit to the victors’ changing room. He shook hands with several of the players as he commended the team on their performance, and appeared in good spirits despite England fans now having to shelve their dreams for another four years.

The Duke, who also watched the game alongside Albert II, Prince of Monaco, 61, told players: ‘Sorry to ruin the party briefly, but congratulations – that was outstanding.

‘I genuinely believe that rugby has the ability to unite everyone around the world. And I could not think of a nation that needs it more than you guys right now. So on that, well done.’

South African prop Tendai Mtawarira welcomed Harry to the changing room, saying: ‘We just want to welcome you to our changing room Prince Harry. It’s a massive honour to have you in our presence. We are all big fans of you and we hope that the family is well, Meghan and baby Archie.’

In a tense and scrappy contest, dominated by penalties, South Africa went up by nine points before England captain Owen Farrell cut the deficit to six.

England, who had been favourites going into the final after brilliantly beating New Zealand in the semis, had a shaky first half which saw them lose Kyle Sinckler to a head injury early in the game, the prop appearing to have been knocked out cold in a collision.

They never seemed to recover, spending all match chasing a South African team that outclassed them and opened up leads with multiple penalties before adding their two game-winning late tries.

Following the match, England coach Eddie Jones was praised by fans for his honesty after he admitted that England had ‘no excuses’ for the loss, refusing to blame the injury or reports of a late bus to the stadium.

Prince Harry led thousands of supporters watching in the stadium, while millions of fans flocked to pubs and bars all over England, despite the 9am kick-off UK time.

The Duke of Sussex was joined by Prince Albert of Monaco and Japan’s Crown Prince Akishino at the ground to watch the match.

After the match, some England players refused to wear their loser’s medals, ripping them off shortly after being handed them. The footage led to some fans branding the players ‘disrespectful’, though others were sympathetic.

England head coach Eddie Jones, speaking to BBC Radio 5 Live, said: ‘We just couldn’t get on the front foot. We were dominated in the scrum particularly in the first 50 minutes. When you’re in a tight, penalty-driven riven game, its difficult to get any sort of advantage.

‘They were too good for us at the breakdown today. That’s the great thing about rugby, one day you’re the best team in the world and the next a team knocks you off.’

He also insisted that England had no excuses for the defeat and simply lost to the better team.

‘It’s hard to kick stones for four years. I can’t tell you how much respect I have for these players – it’s not because of lack of effort.

‘Obviously not it is not the outcome I expected.

‘We couldn’t get into the game, and didn’t take our opportunities. It was one of those days.

‘South Africa were worthy winners, they were the better team on the day.’

When asked about his future with his adopted nation Jones added: ‘The only thing we will worry about now is having a few beers, then a few beers tomorrow… and probably Monday too, then we might have to pull up stumps.

‘We are the second best team in the world. We didn’t meet our goal.

‘I can’t doubt the effort of the players – they were extraordinary.’

Following the match, rugby fans up and down the country drowned their sorrows, after flocking in their millions to watch the game despite the early start.

A number of politicians also expressed their disappointment following the defeat.

Boris Johnson had tweeted a picture of himself watching the game with his dog Dilyn, with the caption: ‘Come on England!’

After the match, he wrote: ‘Hats off to South Africa who were just rocklike in defence today but @EnglandRugby can hold their heads high after an amazing tournament.’

Labour leader Jeremy Corbyn tweeted: ‘Commiserations to @EnglandRugby. It wasn’t to be today but you’ve done us proud throughout this World Cup.’

Former PM Theresa May posted: ‘Well done @EnglandRugby. Not the outcome we were hoping for today but incredibly proud of your performance throughout RWC2019.’

And Mayor of London Sadiq Khan wrote: ‘Thank you @EnglandRugby for a terrific, thrilling tournament. You did us proud! Congratulations to South Africa on the win.’

Prince Harry, who is patron of the English Rugby Football Union, delivered several messages of support to the players while Zara Tindall and husband Mike, one of England’s 2003 heroes, were also in Japan to watch the game.

The Queen sent the team her ‘very best wishes for a memorable and successful match’, saying the ‘performances during the tournament have delighted supporters, and inspired many people throughout the country’.

Prince Harry, who hand-delivered the message, also sent his own good luck message, accompanied by a photo of Archie in a red rose jersey.

Thousands of England and South Africa fans filled the streets – and bars – of Yokohama seven hours before the Rugby World Cup final was due to kick off today.

One primary school teacher even admitted that she left her job to be there for the fixture.

Ann Wheeler, 27, said: ‘No school is going to give a teacher six weeks off to watch rugby – but when will I get the chance to come out to Japan and do this again?’

Dressed in a casual shirt, blue chinos and traners, Harry was shown around by power-lifter Eri Yamamoto, 36, who hopes to compete at next summer’s Tokyo Paralympics. Having been at the 2012 London Paralympics as part of the Japanese support team, she told Harry that she hopes that Tokyo 2020 can be a worthy successor. ‘London set the bar very high,’ she said.

The Duke explained how 2012 had transformed public interest in disabled sport – ‘it’s just got bigger and bigger,’ he said – and he wished Tokyo well for next year.

Harry also met a group of schoolchildren including Shiyo Sudo, 12, who said that he was ‘very handsome’ and pointed at his wedding ring. ‘I’m married!’ Harry said proudly, holding up his left hand for all to cheers and to hoots of laughter.

Eddie Jones’ side were favourites to take the Webb Ellis trophy for the first time since 2003.

It was the first final since 2007 that hasn’t included New Zealand. The streets leading to the International Stadium are filling up with rugby fans and many of them are wearing All Blacks jerseys.

Travelling New Zealanders would have expected to see their team in the final, given the expectations back home and the fact that the All Blacks won rugby’s biggest prize back-to-back in 2011 and `15.

Instead, they had to make do with the bronze medal after the All Blacks beat Wales 40-17 in the third-place playoff on Friday. 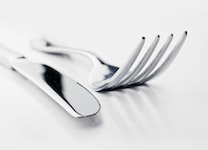 ‘My Health was Off the Rails and I Knew It’: How Intermittent Fasting Changed Everything

The Coronavirus Pandemic Has Erased Entire Categories of Friendship — and Family