As Americans gear up for a long and bitterly contentious presidential election year, their message to religious leaders and institutions couldn’t be clearer: Keep out.

That’s the finding in the latest Pew Research poll, which found that 63% of Americans say churches and other houses of worship should stay out of politics, and 76% said religious congregations should not make political endorsements. 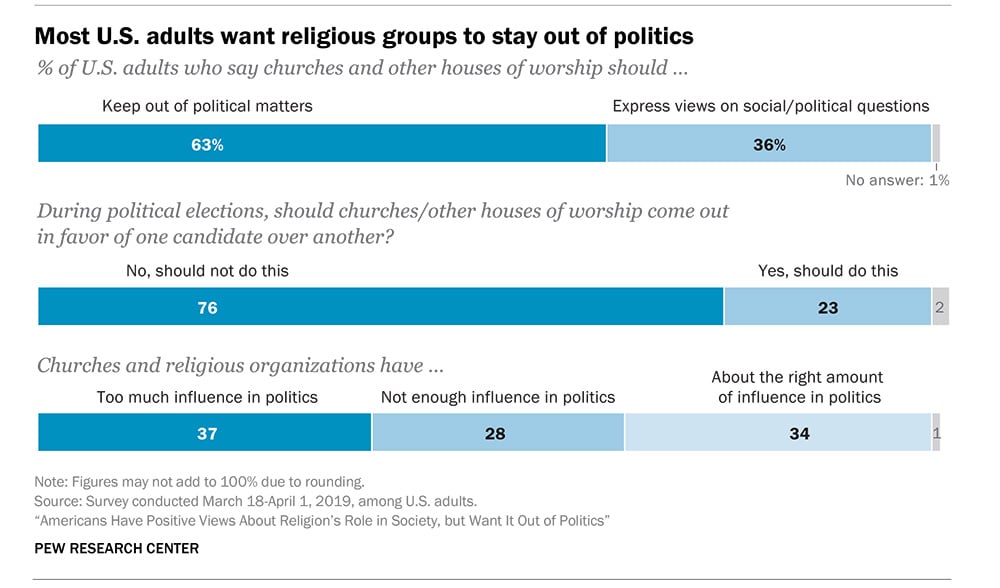 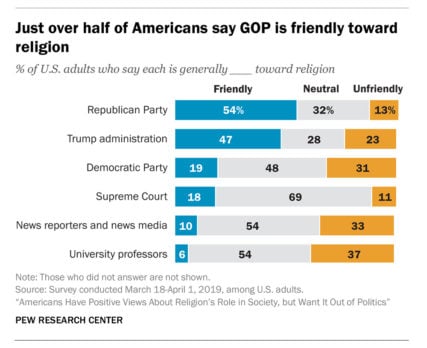 But the view that religion should not have as big a role in politics cut across religious faiths. Jews and the religiously unaffiliated are more likely than Christians to oppose mixing religion and politics. Even among Christians, however, 70% say churches and other houses of worship should not endorse candidates for political office, and more than half (54%) say churches should keep out of political matters.

Those views extend to the pulpit, too. While most people who attend religious services are satisfied with the amount of political discussion they’re hearing in sermons, they tend to trust clergy less on political hot-button issues.

Catholics, in particular, are consistently less likely than Protestants to say they trust their clergy on all three issues.

“On abortion, for example, 34% of Catholics say they have a lot of trust in their clergy to provide guidance that helps form their opinion, compared with 46% of Protestants overall and 57% of evangelical Protestants who say this,” the report concluded.