Kim Kardashian West said on Monday that while she sympathized with the victim’s family in the case of Rodney Reed – a death row inmate she is advocating for – she does not believe there is enough DNA evidence to prove that he killed her.

The reality TV star was interviewed by Today‘s Jenna Bush Hager in Houston on Saturday while the pair were both visiting Texas.

In the interview, Kardashian West explained why she took Reed’s case over others after researching it with her own group of attorneys.

After deciding that she should lend her support, she weighed in on Twitter to make a direct appeal to Texas Governor Greg Abbott to ‘do the right thing’ and re-examine it, which he did; Reed was due to be executed this week but has been granted an indefinite stay of execution.

In 1996, he was convicted of the murder of Stacey Stites, a young, white mother. She was found strangled by the side of the road and there was evidence she had been raped.

Prosecutors found traces of Reed’s DNA on her body and that is what largely led to his conviction. Reed has always maintained his innocence, claiming it was possible his DNA was on her because they’d had consensual sex the day before she died and that her white fiance killed her after learning that she was having an affair with a black man.

After intervention from Dr. Phil and lawmakers on both sides of the aisle, the governor granted Reed a 120-day stay of execution this week. There has also been a flood of new witnesses who say they can speak to his innocence and new DNA evidence which was not available at the time of his conviction. 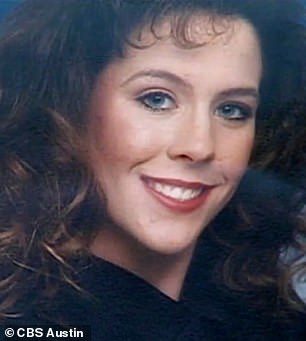 But Stites’ family, including her mother and sisters, still believe Reed is guilty.

Kardashian West said on Monday that while she sympathized with them, she would want his guilt to be proven unequivocally through DNA evidence if the victim was one of her relatives.

‘I am completely sympathetic when I think about the victim’s family, I always think, “Well what would I do?”

‘And I would want to know through evidence, through DNA evidence, that all of the facts were completely accurate,’ she told Jenna Bush Hager.

‘I put myself in their hearts, thinking if this was my family or if this was my child, I could completely understand how they feel but I would 100% want to make sure that we have the right person,’ she added in a later portion of the interview.

She also said that she began lending her celebrity status and attention to cases like Reed’s after having children and that being a mother to two black boys spurred her on.

‘When you become a mom, you become so protective. You want to hopefully make their world the most perfect place ever and ours obviously isn’t.

‘I definitely see how, especially how black men are treated in this country still differently and I am raising two black men so I want to make sure that my world and their world is as safe and as fair as possible.

‘Having that perspective, being a mom, especially a mom to black children, it is a big drive,’ she explained.

Kardashian West’s first foray into the world of criminal justice reform was through Alice Johnson, a black grandmother who spent 21 years behind bars for a first-time drug offense.

Now, she said, she is inundated with requests but she takes steps to decide which cases she should be involved in before she intervenes, normally on Twitter.

‘I will usually go to length of speaking with either the person or their family members and my group of attorneys before I do something like that.

‘I really am strategic when I am tweeting about someone’s life,’ she said.

‘Sometimes I think attention could help. I never want to do anything if I feel like I could hinder a case,’ she said.

In Reed’s case, she said she was blown away by the ‘bipartisan support’ he received.

‘You had everyone from Ted Cruz to Shaun King on this case and setting up petitions where millions of people signed them.

‘They say it takes a village but it really takes a country,’ she said.

King took a swipe at her on Instagram after her interview. He too has been advocating for Reed’s case to be re-examined.

When asked by a follower why Kardashian West had gone on TV to discuss it and not him, King shot back: ‘Because she likes being on TV and I like doing the work.’

She added their her late father, attorney Robert Kardashian, would be ‘extremely proud’ of how she is now pursuing a legal career and training to become a lawyer.

‘I remember as a kid hearing about my dad and hearing about the work he would do… as a teenager, I would sneak into his office and sneak through evidence books and I was really nosy and the opposite of what my sisters wanted to do on the weekends.

‘I think he would be extremely proud…. he would get a kick out of me loving going back to school.

‘It’s never too late to try something that you’re passionate about. People have different career paths in their lives. Listen to the signs. If something is taking you somewhere that makes your heart happy and you feel fulfilled, that’s where you should be,’ she said.