Gomes’s foot appeared to twist in the ground at Goodison Park after a challenge by Tottenham’s Son Heung Min, who was sent off and reduced to tears after seeing the horrific injury.

Son’s teammate Serge Aurier, who was also involved in the collision, was seen praying on the pitch and was substituted shortly afterwards, unable to continue with the game.

Turkish striker Tosun, who scored the equaliser after coming on as a substitute, raced over to cradle Gomes and prevent the Portugal midfielder from looking down at the extent of an injury.

‘Everybody is so sad inside,’ he said. ‘Some players, they nearly cried. He was in shock. His eyes were open so big. He was crying, shouting and screaming.

Gomes was stretchered off the pitch after receiving medical treatment for some time, and fans around the ground gave him a standing ovation while they sang his name.

Everton went on to equalise in added time, sparking wild celebrations from the fans.

Toffees boss Marco Silva said: ‘It is a bad moment for us as a group and as a team. It more than a football game, this is the most important thing right now. We as a group have to keep togetherness.

‘He went to the hospital. Now our medical staff are taking control of everything. We’ll wait to hear more and find out exactly what the situation is.

‘It’s a bad moment as a team. Now we’ll give all the support to Andre. The spirit we showed after that moment was fantastic.

‘We showed fantastic team spirit. It’s the most important thing. It was a really tough game but we showed great character, particularly late on.’

The gruesome scenes bring to mind similar football agonies such as the ones suffered by Arsenal’s Eduardo and Coventry’s David Busst.

Many have criticised referee Martin Atkinson for showing Son a red card despite the result of the challenge.

A yellow card was first issued before Atkinson upgraded it to a red upon seeing the injury. He did not consult VAR.

The Premier League have since issued a statement saying: ‘The red card for Son was for endangering the safety of a player which happened as a consequence of his initial challenge.’

Everton’s Fabian Delph struggled to talk to Sky Sports after the game, saying: ‘We feel just as you can imagine. It’s difficult time for us. He is one of our brothers, someone we care about.

‘It is difficult to put into words how we feel. As soon as we could get in touch we will send him our best. It’s difficult to see. It’s hard to talk now.’

Many are already wishing Gomes a speedy recovery including Gary Lineker who tweeted: ‘Oh dear me. Poor Gomes. That looks hideous.’

After the game, Dele Alli told Sky Sports: ‘Son is devastated and in tears. It’s not his fault. Son is one of nicest people you’ve ever met. He can’t even lift his head up, he’s crying so much.

‘You have to stay professional, focused and switched on. Unfortunately we switched off and they equalised.

‘Tottenham send our best to Andre Gomes. You never want to see that on any other professional.’

Spurs boss Mauricio Pochettino said after the game: ‘We feel really sorry. It was a really bad situation, very bad luck how he landed. We can only send our best wishes.

‘Son is devastated. I was confused during the situation. When you watch it afterwards, it was never a tackle that intended to do harm. It’s just very, very unlucky.’

Jamie Carragher, who was in the commentary box for Sky Sports’ coverage of the game, pointed out that Gomes’s Everton team-mate Seamus Coleman suffered a similar injury.

He said: ‘Coleman suffered something similar a few years ago. He’s probably not come back as quite the same player, those types of injuries are very difficult to come back from.

The pundit then went on to say Son did not deserve a red card.

He said: ‘If that is a red then every challenge is endangering another player.

‘I think in the future of the game, if anyone makes a challenge where they know they can’t win the ball, I think that will be the next step with the game – people might not agree with that – but they will be red card decisions.’ 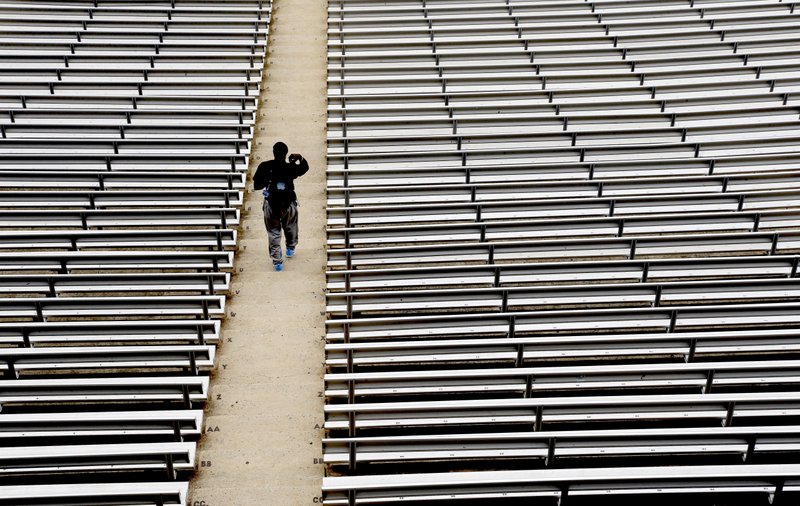 Effects of the coronavirus outbreak on sports around the world