“The mind of man plans his way, but the Lord directs his steps.” (Proverbs 16:9)

Growing up as the son of the “Bible Answer Man” wasn’t always easy. Imagine the stereotypical experience of a preacher’s kid — on steroids. My childhood was spent wandering the halls of the Christian Research Institute, with the theme song of the Bible Answer Man broadcast serving as the soundtrack to my youth. Almost every weekend I found myself in a different corner of the country sitting in the back of another foreign, yet strangely familiar sanctuary as my father spent the weekend as the featured speaker. My formative years were spent watching my father debate, define, and defend truth at all costs, answering people’s theological questions live on the Bible Answer Man broadcast five days a week, “…because truth matters!”™

Yet, something always seemed missing to me. In all honesty, much of the “Christianity” that I was witnessing looked like people spending all of their time theorizing about sports — diagraming plays and game plans — yet never picking up a ball to actually participate and play a game. I vividly remember walking down the hall of the Christian Research Institute and cursing these theologians and their apoplectic allegiance to truth. As my father notes in his book, Truth Matters, Life Matters More, “in the West, theology, like politics, has become a veritable blood sport” and at a young age I had already seen too much of the bloodshed. Sure, truth matters, I would think to myself, but where is the life?

Years later my father would come face to face with the same question, eventually concluding that truth matters, life matters more. Encounters with earnest Christians in the underground church of China, in addition to an enduring disillusionment with the modern church and its insistence on ebbing and flowing along with the corrosive currents of our culture, caused him to dig deeper into the full history of the Christian faith, often forgotten, overlooked, or ignored by the majority of modern Christians.

His discoveries resulted in his decision to join the Eastern Orthodox Church, leading many to proclaim that he had “left the Christian faith.” Some of his closest friends and confidants concluded that they could no longer associate with him, despite his declarations that “God has his people everywhere” and an earnest desire to promote unity within Christendom by making good on the maxim of his ministry, “In essentials unity, in nonessentials liberty, and in all things charity.”

I was present for the moment that one of my father’s closest confidants tearfully concluded that he could no longer associate with my father and the ministry of the Christian Research Institute. Denominational disassociation with my dad was nothing new to me. Without wading too deeply into the weeds, I had spent my life watching as “brothers in Christ” built and broke bonds with my father depending on their deeply entrenched tribalistic definitions of truth. I had seen countless Christians driven to draw denominational lines in the sand time over theological conclusions that they or my father had made “because truth matters.” Yet, this was the first time I had seen someone decide to disown him because he was proclaiming that “life matters more.”

Befuddled by this behavior, I couldn’t help but laugh the incredulous laugh of someone who couldn’t believe what he was witnessing. The individual asked, “Do you find something funny about this?” I simply said, “I’ve never seen my father closer to Christ and I can’t possibly understand how that could sadden your soul.” 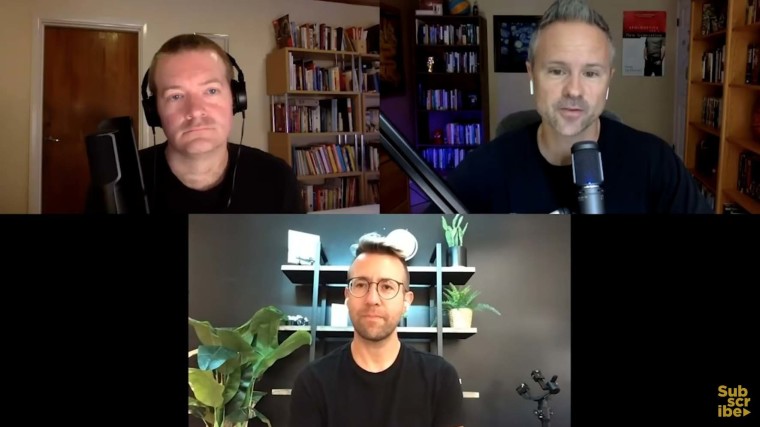