Donald Trump’s surprise announcement that U.S. forces would stand aside if Turkey invades Syria sowed chaos in his administration, drew criticism from his allies in Congress and left Kurdish fighters feeling betrayed. Yet after a day of confusion, it wasn’t clear how much American policy had really changed.

It was, in short, another example of how foreign policy gets made in the Trump era — with the president delivering one message, his advisers providing another and then Trump sometimes adding a third for good measure. Abrupt foreign policy shifts are taken after limited consultation with staff and emerge in confusion and contradictions.

“The U-turns without prior consultation and coordination with allies is the problem,” said Ayham Kamel, head of Middle East and North Africa research at the Eurasia Group. “Trump has put another dent in the reliability of U.S. alliances.”

Adding to the confusion, Trump tweeted Tuesday morning that Erdogan would visit the U.S. as his guest on Nov. 13. A senior State Department official had earlier suggested that Trump left mention of a visit out of the Sunday night statement on Turkey to show disapproval for the planned incursion.

Initial reaction to the White House’s Sunday night statement — that American troops “would no longer be in the immediate area” if Turkey moves into Syria — was one of shock, including from Trump’s allies. Republican Senator Lindsey Graham called the move a “shot in the arm to the bad guys.” Nikki Haley, Trump’s former ambassador to the United Nations, said leaving the Kurds to die was “a big mistake.”

After hours of such outrage, administration officials who briefed reporters on condition of anonymity sought to minimize the impression created by the commander-in-chief: The U.S. still urges President Recep Tayyip Erdogan not to invade Syria or to attack U.S.-allied Kurdish forces that the Syrian leader considers terrorists, they said. Only a few dozen U.S. troops were being pulled back, they said. The Defense Department added that Turkish aircraft have been removed from daily air operations by the U.S. and allies above southern Turkey and northern Syria.

Trump seemed to adjust his message as well, saying Turkey would be held responsible for reining in Islamic State terrorists — and that he’d “totally destroy and obliterate” Turkey’s economy if it did anything he considers “off limits.”

Blaming his predecessor Barack Obama for sending U.S. troops into Syria in the first place, Trump told reporters that “we have only 50 people in all that area” where Erdogan has threatened an invasion, and “I don’t want those 50 people hurt or killed or anything.”

The whipsaw of bold warnings followed by soothing reassurances is familiar from episodes like Trump’s shift from threatening “fire and fury” against North Korea to extolling his friendship with Kim Jong Un. Or pursuing peace talks with the Taliban in Afghanistan, only to call them off at the last minute.

According to two senior State Department officials, Trump hadn’t even planned on weighing in on Syria on Sunday night. They said he had a phone call with Erdogan to discuss the continuing dispute over his decision to buy a Russian missile defense system. Erdogan shifted the conversation to northeast Syria at the very end of the call, they said.

India, US struggling to bridge trade dispute as Trump visits 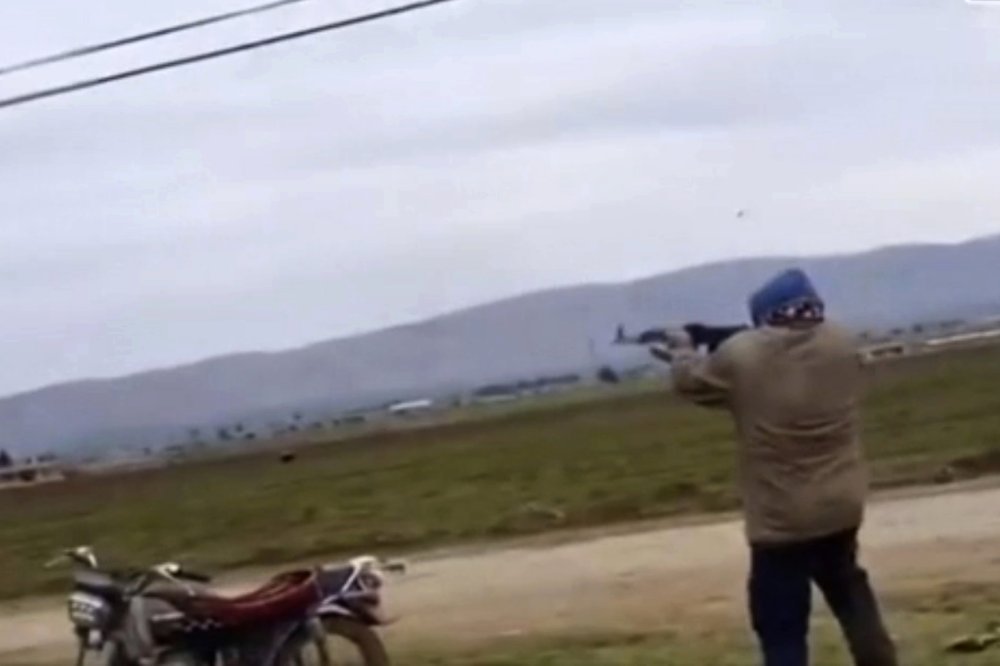