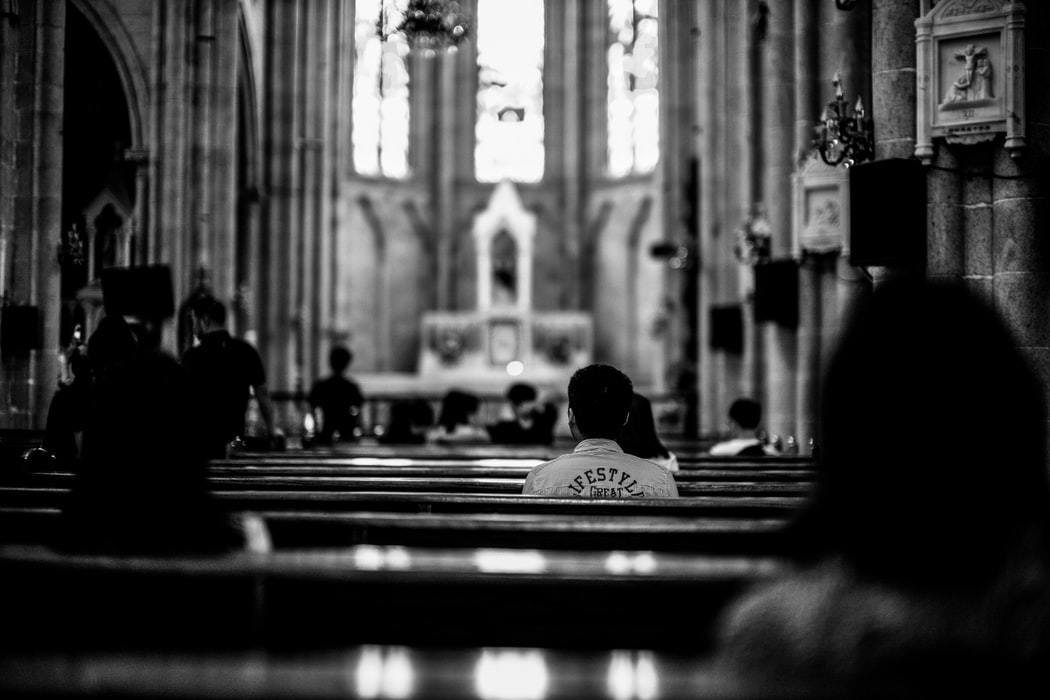 The Christian Post’s series “Leaving Christianity” explores the reasons why many Americans are rejecting the faith they grew up with. In this eight-part series, we feature testimonies and look at trends, church failures and how Christians can respond to those who are questioning their beliefs. This is part 4. Read parts 1, 2 and 3.

“Do you ever miss being a Christian?”

“No,” replied Anthony B. Pinn comfortably.

The Agnes Cullen Arnold professor of humanities and religion at Rice University in Houston, Texas, then paused before continuing quickly.

It took him a while to get here but after years of attending church, starting as a child when his mother would take him, then eventually becoming a minister in the African Methodist Episcopal Church, Pinn, 55, has found peace in humanism. His life as a believer is over, he said, because he has concluded there is no God.

“I’m one who does not believe, who doesn’t hold to any supernatural claims, no sense of God or gods, no angels or demons, nothing that is supernatural. My thinking is grounded in what material circumstances make available to us. And my primary obligation and responsibility is to the nurturing of life in the context of human history,” he explained.

Pinn’s deconversion in the early 1990s is the result of a “slow build” that wasn’t an “aha! moment.”

“As a college student in New York, I was working at a church in Brooklyn. I entered ministry fairly young. I was an undergraduate working as a minister for youth at Bridge Street AME Church in Brooklyn and so much of what I had assumed and what I had been taught concerning theism, Christian faith in particular, ran contrary to what I was experiencing,” he said.

“I was having an increasingly difficult time lining up my faith stance with world conditions and world need that I seem to be answering questions that people within my church weren’t asking and avoiding the questions that were really of fundamental importance to them. And so I started having some discomfort with my role in Christian ministry.

“My thinking initially was to rethink my theology, rethink ministry. I left Columbia with a B.A. degree in sociology and went to Harvard Divinity School and these issues continued for me. I had a difficult time reconciling my faith with human need,” Pinn said.

After pursuing graduate studies in religion at Harvard University in search of answers, Pinn felt compelled to make a decision.

“I decided that I really didn’t believe in God anymore. I wasn’t a Christian. I wasn’t even a theist anymore. And so I contacted the minister at the church where I’d been working, indicating I would not be returning. I contacted my church officials and indicated I wanted to surrender my ordination and I left the church and left theism,” he said.

Pinn didn’t wait to see the reaction from his church, neither did he care to know what the leaders thought of his decision.

Like Pinn, millions of Americans who were once committed Christians have continued to increasingly disengage with their religion in recent decades, and churches have been struggling with the culture shift in which there are no absolute answers.

A new study from the Pew Research Center noted in October that only 65 percent of Americans now identify as Christian while those who identify as religiously unaffiliated — a group which includes atheists, agnostics and people who don’t identify with any religion — swelled to 26 percent of the population. The drop in the number of Americans identifying as Christian reflected a 12 percent decline when compared to the general population 10 years ago. The decline was visible across multiple demographics but particularly among young adults.

Research by the Public Religion Research Institute in 2016 on why Americans are leaving religion also pointed to the increasing share of American adults who have been joining the ranks of the religiously unaffiliated, and said it is being “fed by an exodus of those who grew up with a religious identity.” Younger Americans today are also more likely than seniors to be raised without a religious identity.

The conversation about this growing concern emerged as a major talking point this summer when Joshua Harris, former lead pastor of Covenant Life Church, the founding church of Sovereign Grace Ministries in Gaithersburg, Maryland, and author of the Christian cult classic I Kissed Dating Goodbye, announced he was abandoning Christianity and ending his marriage. The conversation grew even louder when Marty Sampson, a well-known Christian worship music writer who has penned lyrics for Hillsong Worship, and Hillsong United, announced his faith was on “incredibly shaky ground.”

Covenant Life Interim Senior Pastor Kevin Rogers wrote in a letter to his congregation in the wake of Harris’ announcement that while it was difficult to handle, the Bible had a response for Christians falling away.

“This news isn’t just a lot to process theoretically. It hits home personally,” Rogers said, assuring his members that Harris’ apostasy was not something unfamiliar to the faith.

“Several times Paul mentions former Christian leaders ‘swerving from,’ ‘wandering from,’ or ‘making shipwreck’ of their faith. So while this is sad and confusing, it isn’t new,” Rogers explained. “Paul says some had gone off course theologically. Others behaved in ways that violated Christian conscience. For others, it was greed. In every case, Paul’s hope was for redemption and restoration. That these leaders would develop ‘love that issues from a pure heart and a good conscience and a sincere faith.’ (1 Tim 1:5) That should be our hope and prayer for Josh as well.”

Commenting on his new life in a recent post on Instagram, Harris appeared to criticize his former Christian worldview as alienating to people who did not share his beliefs. He now expresses a desire to love and accept everyone even if they disagree.

“This is how I want to love people. It’s new for me. For so many years I embraced the opposite mentality. Of course I claimed to love everyone, but the reality is that I held people who thought differently about doctrine and Christian standards at arms length. I viewed them with suspicion at best, with contempt at worst,” he said.

“Looking back I see now how often my tribe of Christians labeled and categorized people. It seems we label ‘the other’ to write them off. To dehumanize. To excuse a lack of love. There’s still so much I’m unpacking about what shaped and motivated this way of living. But I think at the root of it was fear and pride. Fear of being uncertain. Fear of wrestling with new ideas. Pride that finds security, not necessarily in God or truth, but in being better than, different than, separate from other humans. I don’t want the so-called safety found in separateness anymore. There’s a place for you and me at the table.”

Earlier this year, in a letter to his congregants, the Rev. David H. Locklair, leader of Hope Lutheran Church in Portage, Indiana, worried publicly about the possible demise of his denomination and the struggles of his specific church in his annual report due to shrinking numbers and a lack of support.

“A few years ago, I read a report that predicted that the Evangelical Lutheran Synod, our church body, would not exist twenty years in the future. The reasons for such a dire prediction were shrinking membership and shrinking offerings. How can you have a church body without people and gifts to keep it running?” he asked.

“In 2018, Hope Evangelical Lutheran Church had an average attendance of 32. Our attendance numbers are trending downward over the years. In 2018, Hope was able to pay all its bills but we do not have a great surplus of funds in the bank. Our offerings too are on a downward trend over the years. Will Hope be able to pay its bills, maintain its building, and support full time ministry into the future? What do we need in order to be sustainable?”

His answer to his small congregation was: “This new year and into the future, take to heart the words of Hebrews 10:24-25: ‘And let us consider how to stir up one another to love and good works, not neglecting to meet together, as is the habit of some, but encouraging one another, and all the more as you see the Day drawing near.’”